The NSN Link under the North Sea will enable a two-way exchange of green energy between the Nordic and British markets through a 730 km submarine HVDC submarine cable system for which Nexans will design, manufacture and install the major section on the Norwegian side.

The 1400 MW link, comprising two 525 kV cable systems, is due for completion in 2021. Nexans’ contract for Statnett SF and National Grid is valued at Euros 340 million.

The NSN Link is being created in collaboration between Statnett, the state owned operator in the Norwegian energy system and the UK’s National Grid.

The NSN Link will run from Blyth in Northumberland on the north east coast of the UK to Kvilldal in Rogaland on the Norwegian side. HVDC converter stations on each side will connect the link to the onshore grid.

Nexans has been awarded the contracts for Lot 1 of the NSN Link – the Fjord submarine section and the Norwegian tunnel/lake and underground cable for the onshore connection on the Norwegian side. With two cable sub-systems, the contract covers the design, manufacture and installation of some 500 km of mass impregnated non-draining (MIND) HVDC cables at depths down to 600 metres off the coast of Norway. The cables will be laid by Nexans’ own cable-laying vessel, C/S Nexans Skagerrak and protected on the seabed by trenching with Nexans’ Capjet system and rock dumping. Nexans will also provide a shorter length of underground cable for the onshore connection.

“Nexans is delighted to be playing a key role in the creation of the NSN Link, which will be the world’s longest subsea power interconnection,” said Dirk Steinbrink, Nexans Senior Executive Vice President High Voltage & Underwater Cables.

Arnaud Poupart-Lafarge, Nexans’ Chief Executive Officer added: “Following so closely on winning a major contract for the NordLink between Norway and Germany earlier in 2015, this is further confirmation of Nexans as the leader in HVDC cable technology for Europe’s developing network of subsea interconnectors. With this new order, we are very proud to have reached a cumulated order book of 2 billion Euros.“

The NSN Link cables will be developed, tested and manufactured at Nexans’ Halden plant in Norway. 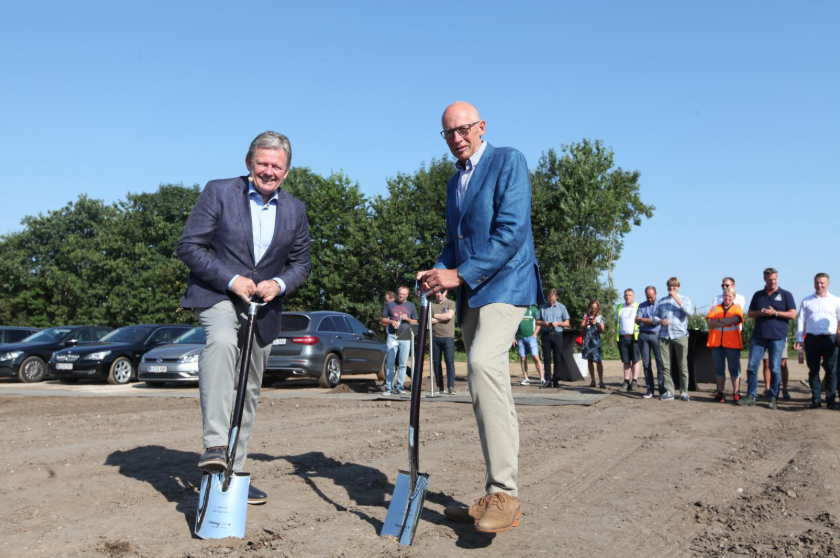