Back to overview
Home Green marine NGO Shipbreaking: A third of shipbreaking yards in Bangladesh never shut down during lockdown

NGO Shipbreaking: A third of shipbreaking yards in Bangladesh never shut down during lockdown

One third of shipbreaking yards in Bangladesh never closed down during the lockdown imposed to curb the spread of the coronavirus pandemic, NGO Shipbreaking Platform said in its latest report on shipbreaking practices in South Asia.

As explained, this has led to workers being exposed to the risk of contracting the virus and spreading it to the vulnerable local communities.

What is more, at least three workers were severely injured at yards in Bangladesh between April and June, one of them reportedly at an unauthorized shipreaking yard while another during ‘ an illegal night shift at Jumuna Ship Breakers yard’, the platform said.

The pandemic has been particularly hard on the migrant workers who have been unable to return home and had to continue paying for accommodation near the shipbreaking yards while being deprived of government support for basic provisions, the report shows.

“This unprecedented emergency situation led us to raise financial support to distribute, in partnership with our member organisation OSHE, food and personal protective equipment items to 130 of the most deprived shipbreaking workers’ families in Sitakunda,” the platform said.

The majority of shipbreaking yards lifted the lockdown measures and resumed operations on June 1.

However, as the Economic Times reported, at the end of June, around 30% of the workforce was working at the shipbreaking yards in Alang, India, after around 75% of the migrant workers returned to their home villages in Bihar, Odisha, Uttar Pradesh and Maharashtra. As informed, this has led owners to look at the diamond sector’s unemployed workers from Saurashtra.

India has been hit particularly high by the pandemic despite the nation-wide lockdown, and it is likely that certain provinces might have to undergo another lockdown to curb the spread.

The impact on its economic sector has also been extremely high. Having that in mind, the industrial sector is expected to remain open.

There were a total of 98 ships broken in the second quarter of 2020, of which 60 ships were sold to the beaches of South Asia, data from NGO Shipbreaking Platform shows.

During the quarter, Greek ship owners sold the most ships to South Asian yards, closely followed by Singaporean and South Korean owners.

Almost one third of the ships sold to South Asia this quarter changed flag to the registries of Comoros, Palau and St. Kitts and Nevis just weeks before hitting the beach, the Q2 report from the platform reads. 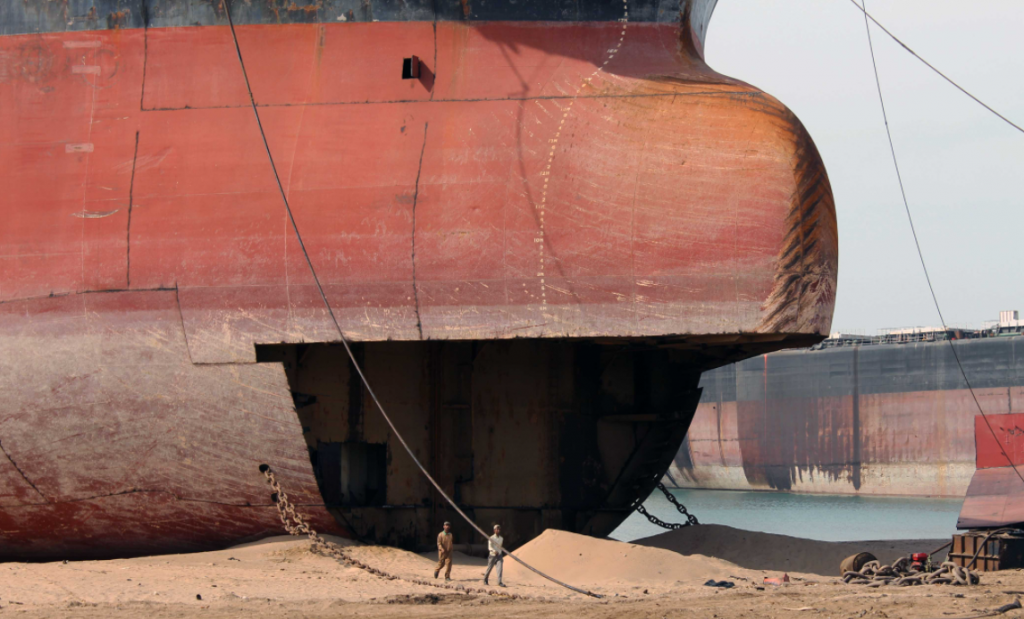