A team of researchers led by NOAA’s Office of National Marine Sanctuaries have discovered two significant vessels from World War II’s Battle of the Atlantic. The German U-boat 576 and the freighter Bluefields were found approximately 30 miles off the coast of North Carolina.

Lost for more than 70 years, the discovery of the two vessels, in an area known as the Graveyard of the Atlantic, is a rare window into a historic military battle and the underwater battlefield landscape of WWII.

“This is not just the discovery of a single shipwreck,” said Joe Hoyt, a NOAA sanctuary scientist and chief scientist for the expedition. “We have discovered an important battle site that is part of the Battle of the Atlantic. These two ships rest only a few hundred yards apart and together help us interpret and share their forgotten stories.”

On July 15, 1942, Convoy KS-520, a group of 19 merchant ships escorted by the U.S. Navy and Coast Guard, was en route to Key West, Florida, from Norfolk, Virginia, to deliver cargo to aid the war effort when it was attacked off Cape Hatteras. The U-576 sank the Nicaraguan flagged freighter Bluefields and severely damaged two other ships. In response, U.S. Navy Kingfisher aircraft, which provided the convoy’s air cover, bombed U-576 while the merchant ship Unicoi attacked it with its deck gun. Bluefields and U-576 were lost within minutes and now rest on the seabed less than 240 yards apart.

“Most people associate the Battle of the Atlantic with the cold, icy waters of the North Atlantic,” said David Alberg, superintendent of NOAA’s Monitor National Marine Sanctuary. “But few people realize how close the war actually came to America’s shores. As we learn more about the underwater battlefield, Bluefields and U-576 will provide additional insight into a relatively little-known chapter in American history.”

The discovery of U-576 and Bluefields is a result of a 2008 partnership between NOAA and the Bureau of Ocean Energy Management (BOEM) to survey and document vessels lost during WWII off the North Carolina coast. Earlier this year, in coordination with Monitor National Marine Sanctuary, NOAA Ship Okeanos Explorer conducted an initial survey based on archival research. In August, archaeologists aboard NOAA research vessel SRVX Sand Tiger located and confirmed the ships’ identities.

“This discovery highlights the importance of federal agencies working together to identify and protect these unique submerged archaeological resources that are of local and international importance,” said William Hoffman, a BOEM archaeologist.

The newly identified wrecks are protected under international law. Although Bluefields did not suffer any casualties during the sinking, the wreck site is a war grave for the crew of U-576.

“In legal succession to the former German Reich, the Federal Republic of Germany, as a rule, sees itself as the owner of formally Reich-owned military assets, such as ship or aircraft wreckages,” said the German Foreign Office in a statement. “The Federal Republic of Germany is not interested in a recovery of the remnants of the U-576 and will not participate in any such project. It is international custom to view the wreckage of land, sea, and air vehicles assumed or presumed to hold the remains of fallen soldiers as war graves. As such, they are under special protection and should, if possible, remain at their site and location to allow the dead to rest in peace.”

United States policy on sunken state vessels, such as these, reaffirms sovereign government ownership of the wrecks, including German ownership of U-576. As stated in the 2001 Presidential Statement on United States Policy for the Protection of Sunken State Craft the wrecks are not considered abandoned nor does passage of time change their ownership.

Other partners who participated in this effort include: NOAA’s Office of Exploration and Research; the National Park Service American Battlefield Protection Program and Submerged Resource Center; East Carolina University, the University of North Carolina Coastal Studies Institute; and SRI International.

As part of the NOAA Battle of the Atlantic Research Project, extensive discussions took place with others including consultation with both Great Britain and Germany as well as the United States Navy and United States Coast Guard. State of the art marine technology provided high-resolution sonar imagery to corroborate historic and archival accounts of the final location and characteristics of each vessel. 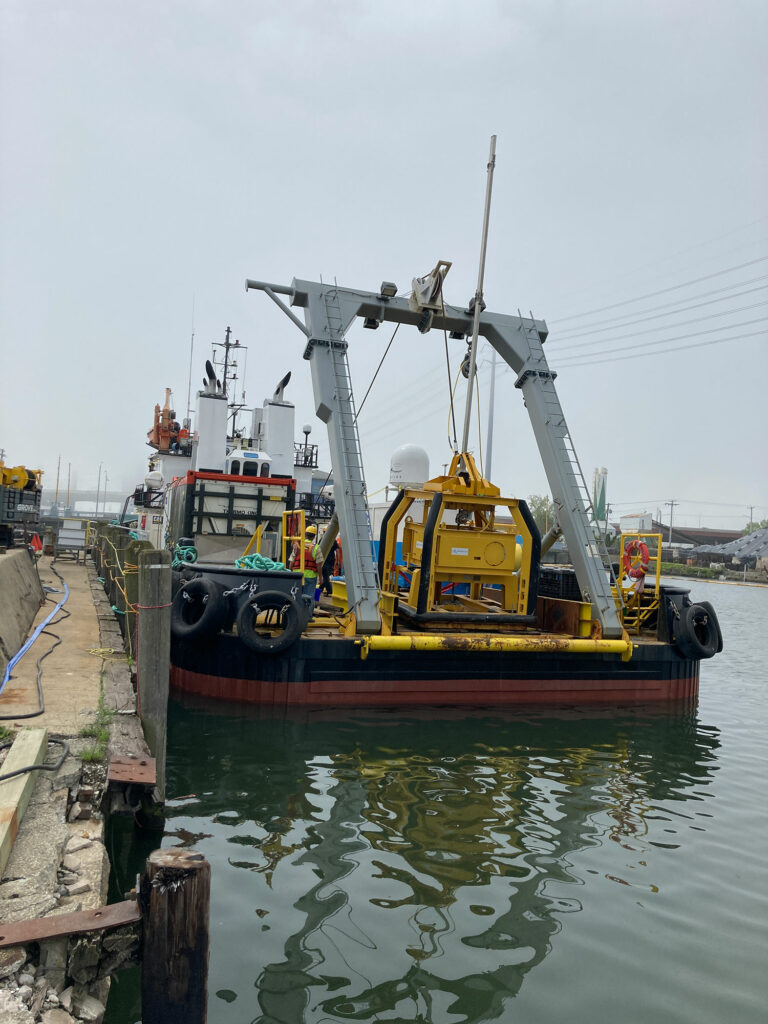 Bluefield Geoservices zeroes in on US offshore wind market
Posted: 3 months ago
Gulf of Mexico: 1 million gallons of oil collected from 18-year-old spill over past three years
Posted: 2 months ago
Dutch firm and partners to spend over €500 mln to develop North Sea gas field
Posted: 6 days ago