Advertisement
Back to overview
Home Fossil Energy NOPSEMA: Number of Dropped Objects on Offshore Rigs on the Rise (Australia)

NOPSEMA: Number of Dropped Objects on Offshore Rigs on the Rise (Australia)

All of these dropped object events have occurred on mobile offshore drilling units (MODUs). As a comparison, one dropped object wasreported on MODUsfor the same period in 2012 and a total of 13 for the entire year. The weights and heights of the dropped objects ranged from 2 to 2,300 kilograms and from less than 1 metre to 43 metres. The dropped objects were sections of drill pipe and casing, a spool of wire rope, a navigation light fitting, slip inserts, a hose bundle, an equipment handle and a camera located in the derrick. Three members of the workforce were injured in three separate dropped object events. Two workers each suffered a crush injury to the foot requiring a medical evacuation from the facility, while another worker required first aid treatment for a leg injury. In another case, a member of the workforce was standing only 2 metres from where a 28 kilogram objectlanded having dropped from a height of 19 metres.

Analysis using the industry supported ‘DROPS Calculator’ indicates that six of these dropped object events could have resulted in a fatality.

An analysis of the data reported to NOPSEMA in relation to the dropped object eventsin 2012 highlighted the predominant root causes as being: poor design of equipment; work procedures followed incorrectly; wrong procedures used or no procedures used; dropped objects not anticipated and factored into the planning for the work; lack of training, lack of instruction, lack of understanding of the task; and preventive maintenance issues.

Nine notified dropped object events on MODUs for the first quarter compared to thirteen over the preceding twelve months is of concern and should be taken as a warning sign by operators and other duty holders that  action needs to be taken to arrest this trend.

What could go wrong?

The ‘DROPS Calculator’ highlights that a mass of as little as 700 grams falling from a height of 15 metres could result in a fatality. While responsible operators cordon off or barricade areas where a dropped object hazard has been identified, it should be kept in mind that dropped objects can bounce on impact and end up in an area not anticipated in the risk assessment.

NOPSEMA re-emphasises the need to appropriately apply the hierarchy of controls to dropped object hazards. In particular, operators are reminded that the risk management focus should be on elimination, substitution

• The hierarchy of controls should be applied to ensure an appropriate balance of preventative and mitigative control measures are identified and implemented.

• Risk assessments should consider areas outside of the anticipated dropped object area.
• Regular dropped object prevention inspections should be undertaken, with any resulting action items attended to in a timely manner.
• Consideration should be given to including competent members of the workforce who do not regularly work in the area to be inspected as a ‘fresh pairs of eyes’ in dropped object prevention inspection teams.
The legislation
In accordance with Clause 9(1)(a) of Schedule 3 to the Offshore Petroleum and Greenhouse Gas Storage Act  2006: “The operator of a facility must take all reasonably practicable steps to ensure that the facility is safe and without risk to the health of any person at or near the facility.” 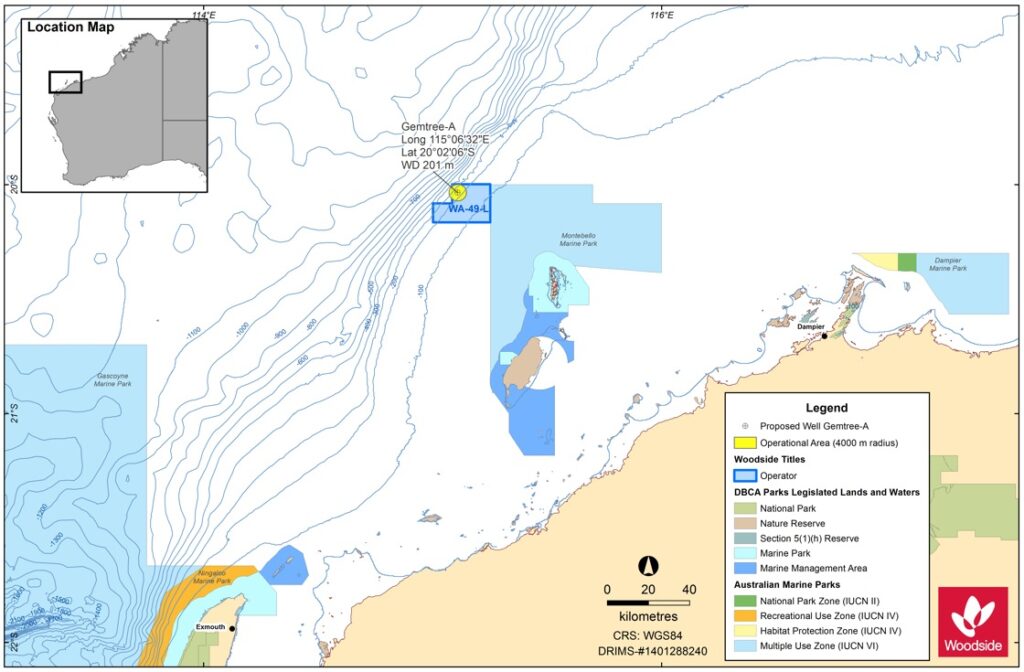