Bergen LNG, Norway’s first LNG bunkering ship, has been completed and is now ready for its gas trials.

The conversion project was announced back in August 2019  as part of Bergen Tankers’ long-term charter with Gasnor, a part of Royal Dutch Shell.

Norwegian shipbuilder Westcon Yards was in charge of retrofitting the vessel from an existing fuel oil bunkering vessel, previously known as Oslo Tank.

Oslo Tank was originally built in St. Petersburg in 2009 and has been used as a bunkering ship for oil until this comprehensive remodeling.

Specifically, the 850-dwt ship has seen its old tank departments and superstructures removed. It has received a new cargo tank and undergone multiple pipe and electrical installations.

Maritime solutions provider Høglund was hired to deliver a cargo handling system (CHS) for the retrofit of the small bunker tanker.

Despite some Covid-19 related delays, Westcon Yards has delivered the final product and the ship left the dock in Florø on March 23.

Bergen LNG will now move forward with inspections and approvals with the customers and get started with the first test – gas trial – with LNG.

“Westcon Yards were chosen out of an overall assessment where their experience with newbuilds, great facilities with dry docks and, last but not least, the people involved, really counted for a lot. It was important for us to have a solid partner in the rebuild of this ship,” Technical and Marine Manager at Bergen Tankers, Ingemar Presthus, said.

“The end result is a good looking, safe and efficient ship, that will have many deliveries per year. Right now, we are starting it up, first with inspections and approvals with our clients, and then for gas trial with the first delivery.”

Owned by Bergen Tankers, the bunkering vessel will provide fuels to ships in the Bergen area as well as Gasnor clients.

Under the deal, Gasnor is to supply the company’s ships along the Norwegian coast with LNG until 2030.

Because most of the operations will take place on the West Coast, its’ loading dock is placed in Kollnes, Øygarden. 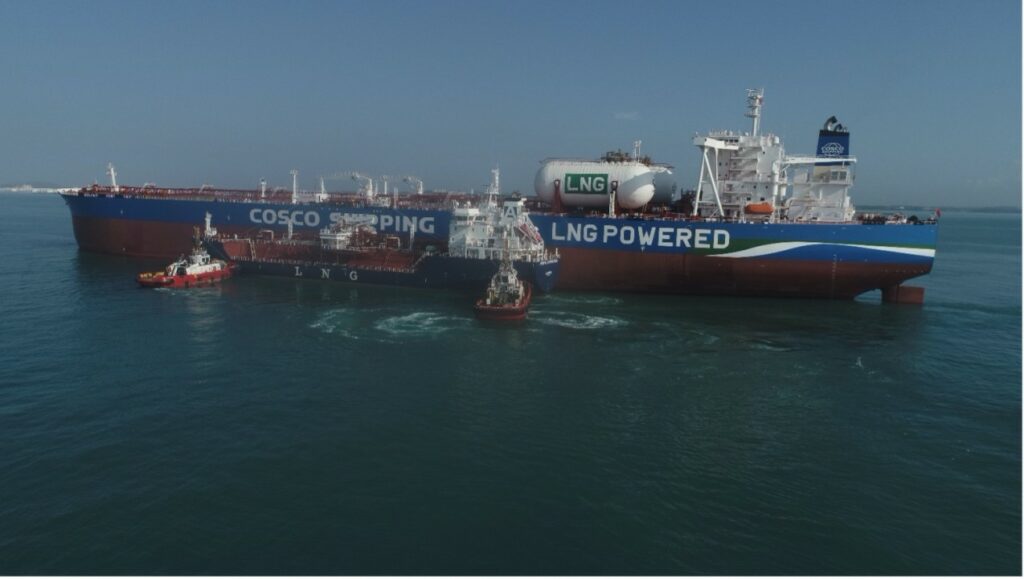