Odyssey Marine Exploration, Inc. announced that it has confirmed the identity and location of the shipwreck site of the SS Gairsoppa nearly 4,700 meters below the surface of the North Atlantic, approximately 300 miles off the coast of Ireland in international waters.

The SS Gairsoppa was a 412-foot steel-hulled British cargo ship that was torpedoed by a German U-boat in February 1941 while enlisted in the service of the United Kingdom (UK) Ministry of War Transport. Contemporary research and official documents indicate that the ship was carrying £600,000 (1941 value) or 7 Million total ounces of silver, including over 3 Million ounces of private silver bullion insured by the UK government which would make it the largest known precious metal cargo ever recovered from the sea. In 2010, the UK Government Department for Transport awarded Odyssey, through a competitive tender process, the exclusive salvage contract for the cargo of the SS Gairsoppa. Under the salvage agreement Odyssey will retain 80% of the net salved value of the silver bullion recovered under the contract.

The Odyssey team recently conducted ROV (Remotely Operated Vehicle) operations from the RV Odyssey Explorer to inspect the site. The video and photographs acquired during the exploration of the shipwreck were reviewed and analyzed at length to confirm the identity of the shipwreck as that of the SS Gairsoppa. The expedition and resulting data was also used to evaluate the condition of the shipwreck and to begin planning for recovery operations.

“Once again, our stellar marine operations team has delivered outstanding results. Under the direction of Senior Project Manager Andrew Craig, the target was located with side-scan sonar and then visually inspected in less than two months from the start of the operation,” stated Mark Gordon, Odyssey President and COO.

“We’ve accomplished the first phase of this project – the location and identification of the target shipwreck – and now we’re hard at work planning for the recovery phase,” said Andrew Craig, Odyssey Senior Project Manager. “Given the orientation and condition of the shipwreck, we are extremely confident that our planned salvage operation will be well suited for the recovery of this silver cargo.”

“Being the son of a merchant mariner who worked for the same shipping line as the Gairsoppa’s and as a former merchant mariner myself, the visit to the site via ROV was particularly personal,” stated Neil Cunningham Dobson, Odyssey’s Principal Marine Archaeologist. “By analyzing the known configuration and research about the Gairsoppa and her final voyage and painstakingly exploring the shipwreck site to record each element and item, our team of experts was able to positively identify the site as the Gairsoppa. Even though records indicate that the lifeboats were launched before the ship sank, sadly most of her crew did not survive the long journey to shore. By finding this shipwreck, and telling the story of its loss, we pay tribute to the brave merchant sailors who lost their lives”

A number of consultants, who have combined experience salvaging scores of modern steel-hulled shipwrecks, are advising Odyssey on the project. Among other ground-breaking projects, one of the companies has successfully penetrated four decks of a large steel-hulled shipwreck at a depth of nearly 3,000 meters in order to completely empty the mail room. In addition, several Odyssey team members have experience with modern salvage to depths of nearly 6,000 meters on military and government missions.

“While some people might wonder about the potential complexity of salvage at this depth, we have already conducted a thorough analysis of the best tools and techniques to conduct this operation and are confident that the salvage will be conducted efficiently and on a timely basis,” commented Greg Stemm, Odyssey CEO. “Hundreds of modern cargo ships like this have been salvaged since the mid-20th century, some at depths of thousands of meters. We were fortunate to find the shipwreck sitting upright, with the holds open and easily accessible. This should enable us to unload cargo through the hatches as would happen with a floating ship alongside a cargo terminal.”

Odyssey has begun the process of specifying and assembling the tools and equipment for the salvage, and anticipates that operations will begin in the spring as soon as the weather window begins to open up in the North Atlantic. The system being mobilized for modern salvage recovery can also be used on other projects, several of which are in various stages of exploration or confirmation at this time.

The company also has several other projects and contracts that will potentially begin during the balance of this working season and may be conducted through the winter months. Some of these projects are also in partnership with governments and will feature pre-negotiated salvage awards.

Odyssey Marine Exploration, Inc.is engaged in deep-ocean exploration using innovative methods and state-of-the-art technology. The Company is a world leader in shipwreck exploration, conducting extensive search and archaeological recovery operations on deep-ocean shipwrecks around the world. Odyssey also has a minority ownership stake in Neptune Minerals, a company focused on discovering and commercializing high-value mineral deposits from the ocean floor, and provides proprietary deep-ocean expertise and equipment to Neptune under contract. Odyssey also provides deep-ocean contracting services to governments and companies around the world.

Odyssey discovered the Civil War-era shipwreck of the SS Republic® in 2003 and recovered over 50,000 coins and 14,000 artifacts from the site nearly 1,700 feet deep. In May 2007, Odyssey announced the historic deep-ocean treasure recovery of over 500,000 silver and gold coins, weighing 17 tons, from a Colonial era site code-named “Black Swan.” In February 2009, Odyssey announced the discovery of Balchin’s HMS Victory. Odyssey also has other shipwreck projects in various stages of development around the world. 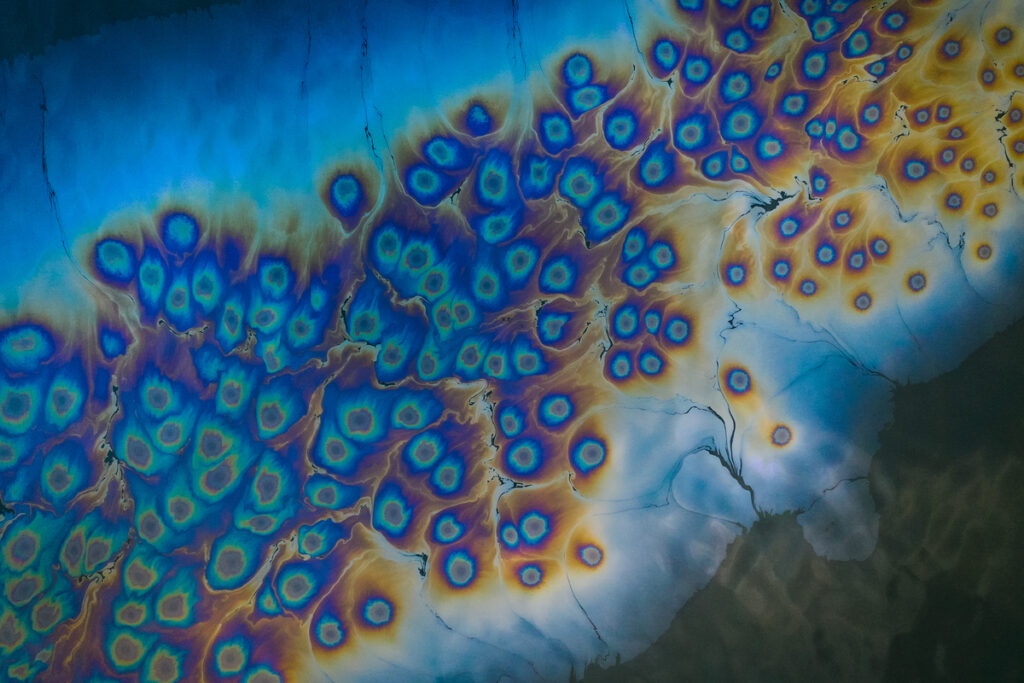