OEEC: Getting OTEC projects in water crucial for industry growth

The second day of the OTEC Symposium, held on Wednesday as part of the Offshore Energy Exhibition & Conference (OEEC) 2016, brought together a diverse audience in a packed conference room who were provided with the latest information on the OTEC industry developments.

The symposium started with a review of the first day of the event, held on October 25 in the Science Centre Delft at Delft University of Technology (TU Delft), after which a keynote speech was delivered by Fabien Cousteau who talked about the inextricable link between the ocean and the ocean renewable energies, stating that that he is a big believer in ocean thermal energy conversion (OTEC) industry.

Following the keynote speech, the event continued with the interactive market session that included Diego Avecedo from Bluerise, and Desiree Latimer, Director at Energy Island Bell Pirie, during which the OTEC developments in the Philippines were discussed.

The attendees could hear about the current policies and government incentives on renewable energy sector, which includes the OTEC industry in the Philippines, from Latimer, who also talked about the investment models and prospects of this nascent industry in the county.

Latimer noted that more needs to be done in communicating the knowledge regarding the OTEC sector, so the public and the regulatory bodies can have better understanding of sector’s potential.

The separate, but related matter – that of certification and standardization – was disseminated in a session that hosted Martin Brown, General Manager at Aqualis Offshore UK, and Laura-Mae Macadré, Marine Renewable Energy Product Manager at Bureau Veritas.

Brown talked about the International Electrotechnical Commission’s (IEC) TC-114 guidance for the design and analysis of OTEC plant (PT20), stating that standardization simplifies the approval procedures for the plants, and that renewable energy technologies need to make use of the already established criteria.

Brown said: “The issue with the standardization is that it is not publicized enough. The industry doesn’t know about it, and it’s important to publish the standards so the interested parties can get use of it.”

Brown also stressed the importance of knowledge transfer from the more established offshore energy sectors, like oil and gas, as well as the idea of re-using the existing technologies in those sectors to reduce the risks and cut costs.

Macadré mentioned the benefits of the certification for investors, insurers, and technology and project developers. She emphasized the importance of getting the approval in principle (AIP) for OTEC plants, to ensure that the project is starting on a good basis which can simplify things in the latter stages of project development.

Furthermore, a new Bureau Veritas guidance draft for OTEC industry, still under development, was announced for 2017.

The event was rounded up with a panel discussion moderated by Emanuele Taibi from the International Renewable Energy Agency (IRENA) on the topic of OTEC as a potential solution for islands to achieve 100% renewable energy.

The general conclusions from the panel were that the current OTEC technology is on an adequate level for  building, and that more needs to be done to send the message that the OTEC industry is a very interesting renewable energy source, even from the financial side.

However, the careful approach was underlined as a very important step now when the first 10MW plants are coming online, to avoid pushing off the investors.

Closing the panel discussions, the panelists united that it is crucial to get the OTEC projects in the water, and that with the proven showcases, it will be a lot easier to get the finance for future projects. 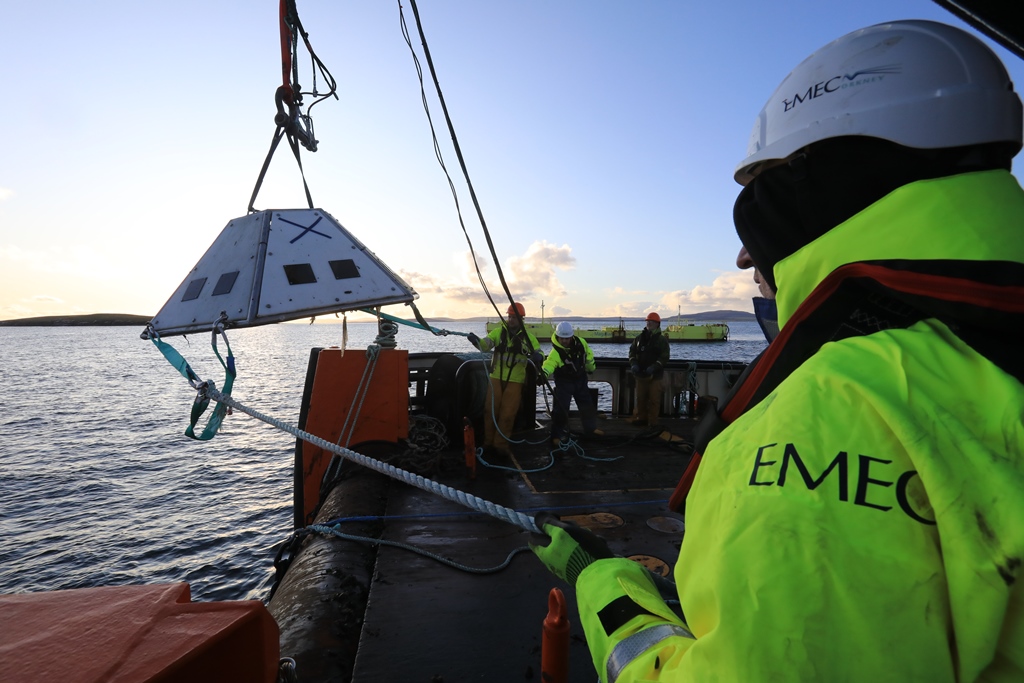