OOIL Swings Back to Profit in H1

OOIL closed the first six months of this year with a profit of almost USD 139 million, compared to a loss of USD 10.3 million posted in the corresponding period a year earlier.

As explained, the improvement came despite an economic environment filled with uncertainties and seemingly slowing growth in terms of demand for container shipping services.

Compared to the first half of 2018, OOCL liner liftings increased by 3.2% and revenue levels went up by 6.5%. Market growth did slow down in some trade lanes, but in many cases, this slow down in volume growth was outpaced by an improvement in the freight rates, the company said.

In the first half of 2019, the company didn’t take delivery of any newbuild vessels and didn’t place any new orders. As World Maritime News reported in January, OOCL said it had no plans to order new ships despite the rumored 23,000 TEU order. Currently, the six 21,413 TEU G-class vessels delivered in 2017 and 2018 are among the largest containerships in OOCL’s fleet.

In April 2019, OOIL inked an agreement to sell the Long Beach Container Terminal to a consortium led by Macquarie Infrastructure Partners. The deal included OOIL signing a 20-year container stevedoring and terminal services contract. The terminal divestment is being pursued by China’s COSCO Shipping Holdings as part of its USD 6.3 billion takeover of OOIL.

“We edge closer to the conclusion of the sale of our container terminal in Long Beach, California. The transaction announced by us on 29th April 2019 not only generates meaningful cash proceeds now, but also ensures that OOCL will continue to have access to a highly automated and efficient terminal that meets our needs,” OOIL disclosed in the financial statement.

“Since last July, we have implemented “Dual Brand” strategy for achieving synergy benefits and improving service quality.  It is pleasing to note that our efforts to generate significant synergy savings through co-operation within the COSCO Shipping Holdings … group are bearing fruit… We have also achieved significant synergy benefits through network planning, equipment pooling, procurement and IT.” 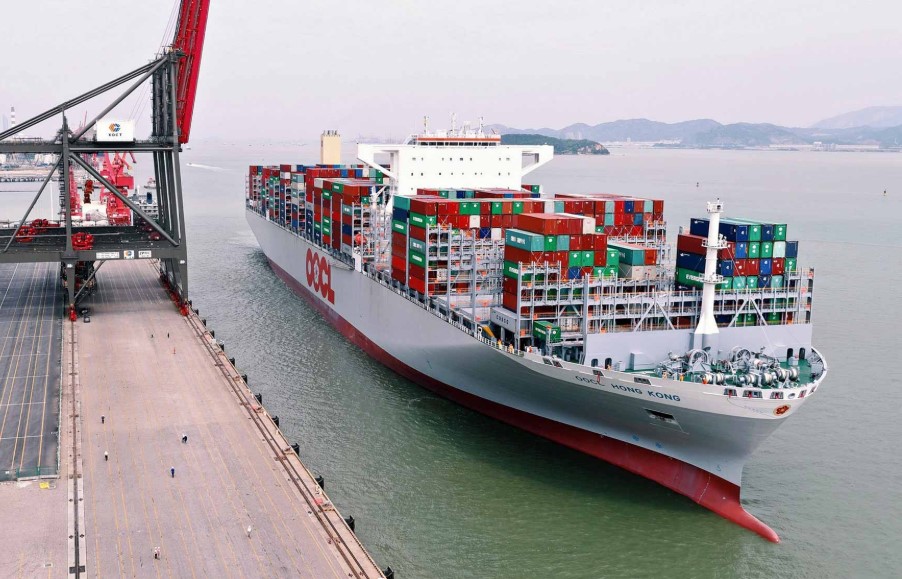