Ørsted and PGE Polska Grupa Energetyczna have signed an agreement to form a 50/50 joint venture for the development, construction and operation of the 1.5 GW Baltica 2 and 1 GW Baltica 3 offshore wind farms in Poland.

The agreement was signed following negotiations that PGE and Ørsted started back in October 2019. Almost a year later, in September 2020, the two companies announced that they entered the final stage of negotiations to jointly develop the two offshore wind farms.

Ørsted will subscribe for new shares representing 50 per cent of the total share capital in the two offshore wind projects, with the subscription price for the newly issued shares in Baltica 2 and 3 amounting to a total of PLN 657 million (around EUR 147 million).

Green Giraffe acted as an advisor to PGE in the 50 per cent sale of the Baltica 2 and 3 offshore wind projects to Ørsted.

Subject to regulatory approval, the transaction is expected to close in Q1 2021.

PGE secured the environmental permits for the Baltica 2 and Baltica 3 projects in January 2020, and both projects are eligible to be included in Poland’s 2021 offshore wind allocation round, where a total of 5.9 GW will be offered via Contracts for Difference (CfDs) by the end of June.

Baltica 3 is the most advanced of the two projects and could become operational in 2026, according to Ørsted.

“We look forward to the launch of a joint project to build the Baltica 2 and Baltica 3 offshore wind farms together with Ørsted. The two projects we will develop together are among the most advanced offshore projects in Poland. They will provide green energy to 4 million households and will avoid over 8 million tons of carbon emissions per year. PGE’s share of CAPEX for Baltica 2 and 3 represents a significant investment in Poland’s energy transition”, said Monika Morawiecka, President of the Management Board of PGE Baltica.

PGE, which plans to develop 6.5 GW of offshore wind capacity in the Baltic Sea by 2050, is also developing a third offshore wind project, the 896 MW Baltica 1, expected to be operational after 2030. 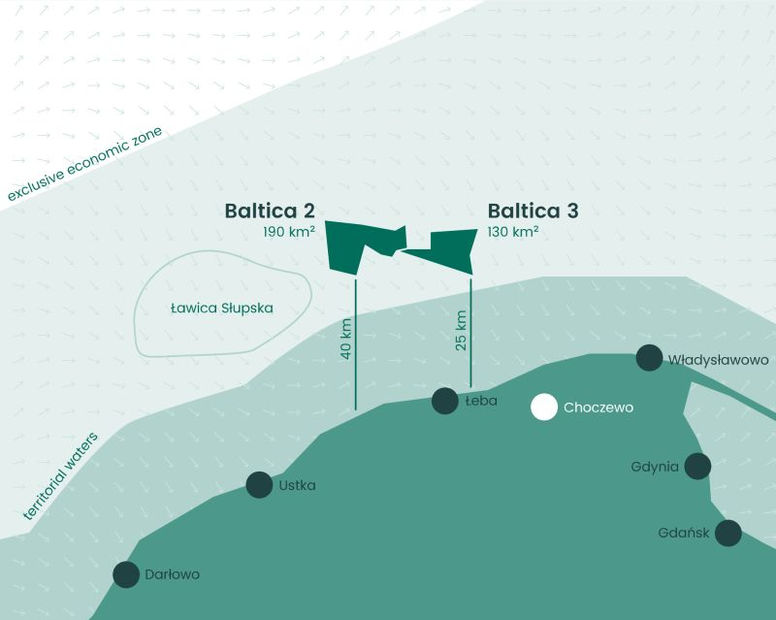