Ørsted and Liquid Wind have reached an agreement, under which Ørsted will acquire a 45 per cent ownership share of the FlagshipONE e-methanol project. The project’s location is in Örnsköldsvik in Sweden.

Liquid Wind plans to establish facilities across Sweden to decarbonise the maritime sector, of which FlagshipONE will be the first. It is a late-stage development and could become the world’s first large-scale sustainable e-methanol project.

FlagshipONE will have an electrolyser capacity of around 70 megawatts. It is expected to produce 50,000 tonnes of e-methanol per year based on renewable hydrogen and biogenic CO2. Moreover, onshore wind will power the electrolysis producing hydrogen. The biogenic CO2 will be also captured from the combined heat and power plant Hörneborgsverket.

The parties expect to commission FlagshipONE in 2024, subject to final investment decision, which could happen as soon as 2022.

Claes Fredriksson, CEO of Liquid Wind, added: ”The interest from Ørsted shows how far Liquid Wind has come and is further evidence for the importance of electro-fuel. Our green fuel will become a dominant fuel for true decarbonisation in the hard to abate shipping sectors, reducing CO2 emissions with more than 90 per cent. FlagshipONE is the first facility, and it’s LW’s ambition to significantly scale up the number of facilities across the world by 2050.”

Martin Neubert, CCO of Ørsted, said: “Like we did with offshore wind, we are at Ørsted ready to be a driving force in maturing the green fuels industry, where we can play a significant role in decarbonising hard-to-abate sectors like maritime transport.”

Anders Nordstrøm from Ørsted said: “We’re entering one of the most promising and exciting projects to supply e-methanol at scale and drive the decarbonisation of maritime transport and other uses of e-methanol. FlagshipONE can become one of the world’s first large-scale e-methanol facilities and an important addition to Ørsted’s growing and diverse portfolio of hydrogen and Power-to-X projects.”

According to the International Energy Agency, emissions from international shipping have risen by 40 per cent from 2000 to 2019. They account for around 2 per cent of total global energy-related GHG emissions today. The sector urgently needs new types of fuel to reduce its climate impact. Thus, Ørsted is a part of several projects of sustainable fuels for maritime transport. These specifically include the Green Fuels for Denmark project in Copenhagen. 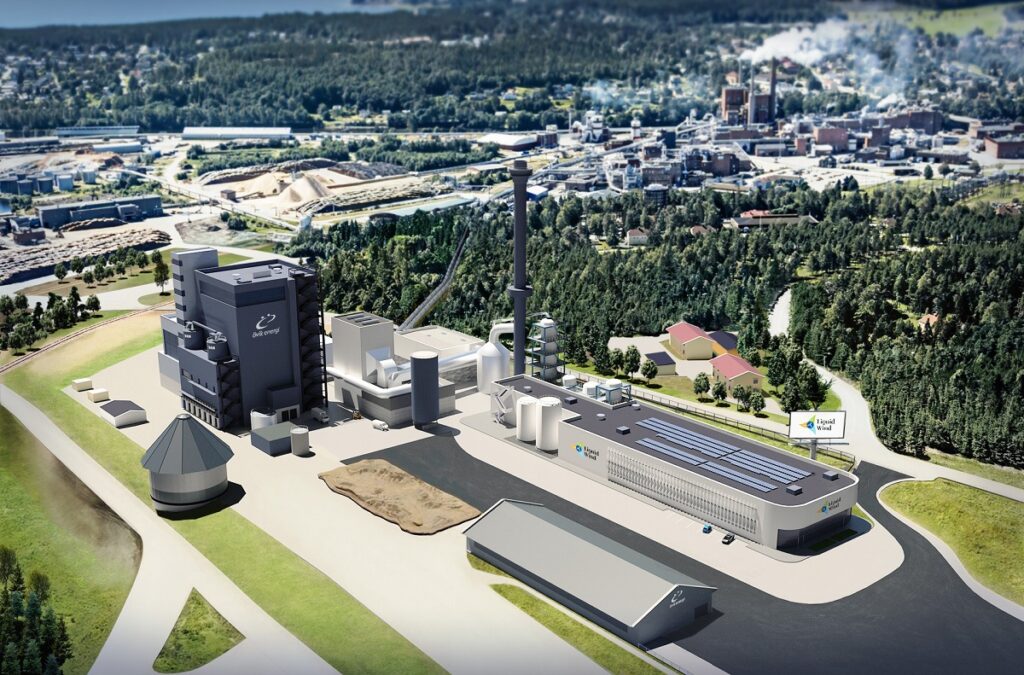