The Oil and Gas Authority UK has awarded its first carbon dioxide (CO2) appraisal and storage licence as an independent regulator.

The award has been made to Pale Blue Dot Energy for the Acorn Carbon Capture and Storage (CCS) Project.

The project seeks to re-use existing oil and gas infrastructure for transporting and storing carbon; and to repurpose or rebuild an existing CO2 capture facility based at the St Fergus Gas Terminal.

Dr Andy Samuel, chief executive of the OGA, said: “The OGA fully supports the transition to a low carbon economy and can play a role in the transition. We undertake a wide range of activities which complement this, including licensing carbon capture usage and storage projects such as this.

“We welcome the government’s recently-announced Action Plan to develop the UK’s first carbon capture, usage and storage projects and are continuing our close working with the government and others to identify existing UKCS infrastructure which could be re-used. We are also looking closely where else we can play a role, including the role of gas as a transition fuel; reducing emissions in flaring and venting; considering CO2 opportunities for EOR; and where suitable bringing attention to energy integration with renewables, including gas-to-wire.”

Energy and Clean Growth Minister, Claire Perry, said: “This project shows our modern Industrial Strategy in action as companies, backed by government, seize the economic opportunities of moving to a greener, cleaner economy. Industry has a crucial part to play in meeting our world-leading ambition to develop and deploy this cutting-edge technology to reduce emissions so it’s great to see more key players joining the race to build the UK’s first facility.”

Alan James, managing director of Pale Blue Dot Energy and the Acorn CCS Project Leader, added: “Securing the CCS Licence is a really important step to help us develop one of the UK’s first CO2 transportation and storage networks. Through Acorn CCS, Scotland can use legacy oil and gas assets to deliver environmental benefits, unlocking CO2 transportation and storage solutions for other CCUS projects along the east coast of the UK.”

PBD has been awarded an ‘Initial Term’ CO2 Storage Licence for a four year period. The licence grants authorisation for offshore exploration for the purposes of selecting a site for CO2 storage.

Under the terms of the licence, the company would need to submit and be awarded a Storage Permit before CO2 injection could begin. The Storage Permit also sets out the requirements that the developer must follow during operations. 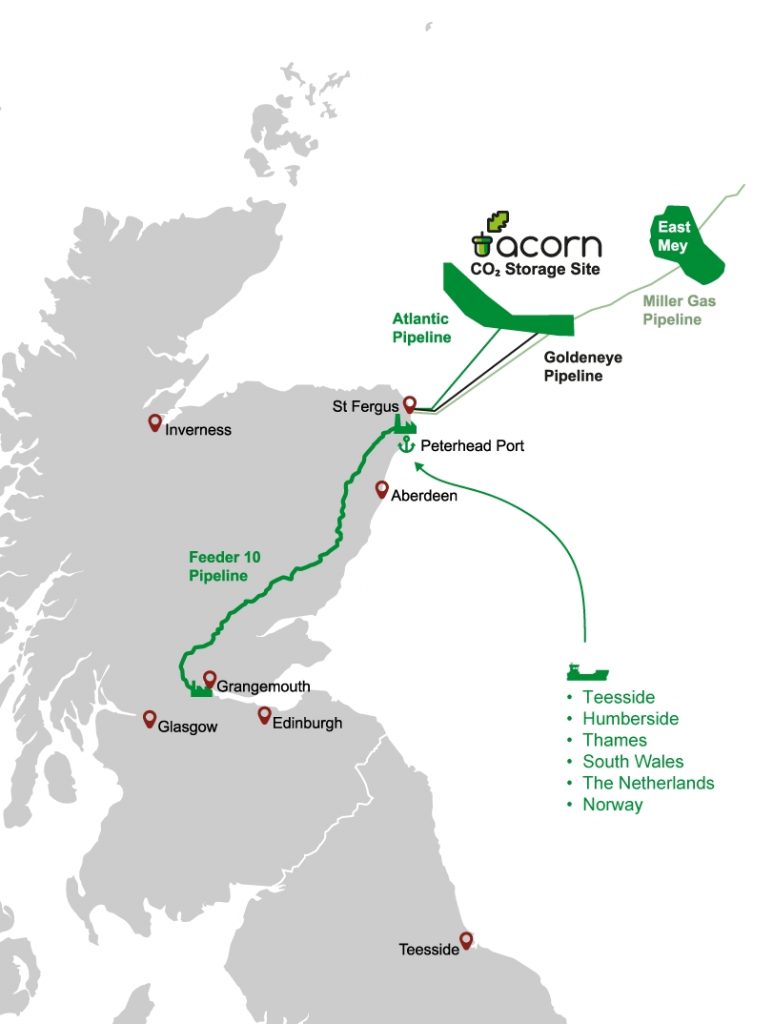