The article has been updated by a statement from Petrobras, released a few hours after the initial SBM Offshore announcement

Petrobras has signed a letter of intent with SBM Offshore for a 22.5-year lease and operation of the FPSO Mero 2, to be deployed at the Mero field in the Santos Basin offshore Brazil, 180 kilometers offshore Rio de Janeiro. 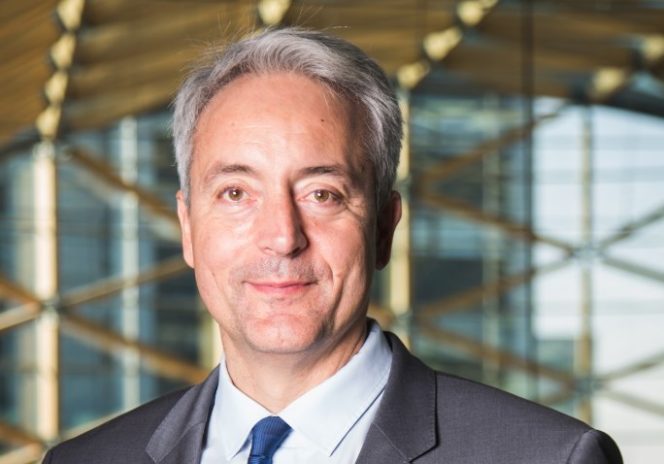 The weight of the FPSO topside modules will be around 33,000 tons. The FPSO will be spread moored in approximately 2,000 meters water depth. Delivery of the FPSO is expected in 2022.

Bruno Chabas, CEO of SBM Offshore commented: “The signing of this Letter of Intent demonstrates again that SBM Offshore has started a new era of growth. Not only does this award represent the Company’s re-entry in Brazil, one of the most important markets for the Company with one of our key customers, it also re-confirms the competitiveness of our Fast4WardTM concept while expanding its geographical reach.”

The article continues below the image…

Following SBM Offshore announcement on the Mero 2 LoI on Tuesday morning (CET), Petrobras a few hours later issued a statement according to which a contract had been signed.

Offshore Energy Today has reached out to SBM Offshore seeking clarification on whether the agreement signed was a firm contract or a letter of intent as intially reported by SBM Offshore. We will update the article if we receive a response.

Meanwhile, Petrobras said the following:” Petrobras, the Libra Consortium operator, signed a contract on Monday (10/6) with the SBM Group to charter and operate the second definitive production system of Mero field, located in the northwestern area of the Libra block.”

Petrobras said the FPSO would link up to 16 wells with a capacity to process up to 180,000 barrels of oil per day (bpd) and 12 million cubic meters/day of gas. Production is expected to start in 2022. The platform will join the FPSO Pioneiro de Libra, dedicated to early production systems, in operation since November 2017; and the FPSO Guanabara, the first unit planned for the definitive production system of Mero field, with production start-up scheduled for 2021.

“With this signature, we completed the contracting of the planned production arrangement for Mero field in the 2019-2023 Business and Management Plan. By the end of the plan period, we will have two definitive production systems under operation, which could add up to 360,000 barrels of oil per day to the production capacity operated by Petrobras. With the information now obtained in ongoing tests, we confirmed the high production potential of Mero field, which has an estimated reserve of 3-4 billion barrels,” said Carlos Alberto Pereira de Oliveira, Petrobras’ Upstream Executive Officer.