The 2nd and 3rd production sharing bidding rounds, with pre-salt areas, were held by the ANP on Friday, confirming the reestablishment of the oil and gas sector in Brazil. From the eight blocks offered in the auctions, six have been acquired, the agency noted.

The auction held on Friday will be followed by a qualification stage of winning bidders and subsequent signing of contracts. The relevant legal agreements, including the production sharing agreement, are expected to be signed between the Brazilian authorities and the consortia members in December of this year.​

The offered goodwill in profit oil was 260,98% for the 2nd Bidding Round and 202,18% for the 3rd Bidding Round. The 1st Production Sharing Bidding Round, promoted in 2013, offering the Libra area, did not have goodwill, since the area was acquired for the minimum profit oil defined in the tender protocol.

According to the agency, the success of these bidding rounds revealed the regulatory changes made by the Brazilian government, which turned the business context more interesting to companies of different sizes, and the appeal of the areas, since the Brazilian pre-salt has one the greatest potentials of reserves to be developed in the world.

Among the improvements in the legislation, the ANP pointed to the end of the mandatory participation of Petrobras as the sole operator in the pre-salt, which created opportunities to the arrival of other companies.

According to the legislation, Petrobras had the preemptive right to act as operator in the pre-salt blocks and the company chose to be the operator in the unitizable block to Campo de Sapinhoá (Entorno de Sapinhoá), in the 2nd Round, and also in the blocks of Peroba and Alto de Cabo Frio-Central, in the 3rd Round.

In Entorno de Sapinhoá, Petrobras was successful in maintaining the same consortium composition of Sapinhoá, adjacent unitizable area, in which Petrobras already acts in partnership with Shell and Repsol Sinopec. Namely, Petrobras will operate the block with 45% interest with Shell and  Repsol Sinopec as its partners with 35% and 25% interests, respectively. The Entorno de Sapinhoá block is located in the central part of the Santos Basin. In August 2017, the Sapinhoá field was the second largest producer of oil and natural gas in Brazil, with 325 thousand of oil equivalent barrels produced per day.

In Alto do Cabo Frio Central, Petrobras was the winning bidder in partnership with BP, where each got a 50% interest.

The total amount of the signature bonus to be paid by Petrobras, R$1.14 billion, represents 0,5% of the investments foreseen in the 2017-2021 Business and Management Plan and will be reallocated within the currently approved budget.

Royal Dutch Shell and its partners won three, 35-year production sharing contracts for pre-salt blocks located in the Santos Basin, offshore Brazil. Shell will pay its share of the total signing bonuses, equating for all bids, of to approximately $100 million.

Commenting on this development, Saad Sherida Al-Kaabi, the President & CEO of Qatar Petroleum said: “We are pleased that our consortium was awarded this block in Brazil, which contains some of the most promising hydrocarbon prone areas in the world.”

He also added: “We hope that the exploration efforts, which will commence soon with our consortium partners, will be a success.”

“We are very pleased to expand our number of operated fields in Brazil,” said Andy Brown, Upstream Director, Shell.

Prior to these bidding results, Shell had previously stated plans for $10 billion investment into the early 2020s for its existing offshore developments in Brazil to support deep water as its Upstream growth priority. Shell currently operates two floating, production, storage and offloading (FPSO) vessels in Brazil and is a partner in 10 other FPSOs, operated by Petrobras.

The remaining sixth block, Norte de Carcará, will be operated by Statoil Brasil O&G (40%), with Petrogal Brasil (20%) and ExxonMobil Brasil (40%) as its partners.

In related news, Offshore Energy Today reported earlier on Monday that ExxonMobil would acquire half of Statoil’s interest in the BM-S-8 block offshore Brazil, which contains part of the pre-salt Carcara oil field, for a total potential consideration of around $1.3 billion.

Statoil currently holds a 66 percent interest in the block, which contains about half the Carcara field. The other part of the field is in the adjacent North Carcara block. 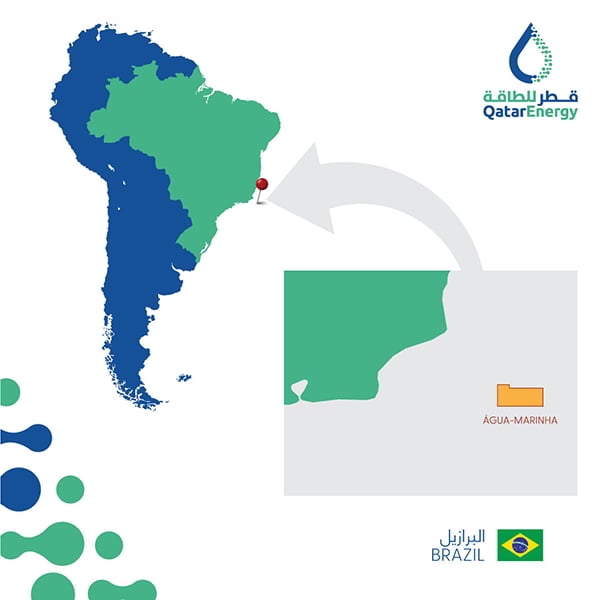