Petrofac takes over decommissioning scope in Mauritania from Maersk Decom

Oilfield services provider Petrofac has grown its presence in Africa after having been selected by Tullow Oil to provide well decommissioning services in Mauritania.

The contract, with a potential total value of more than $60 million, involves the project management, engineering, planning and plugging and abandonment (P&A) of seven subsea wells on Tullow Oil’s Banda and Tiof fields.

The Banda and Tiof fields are two oil and gas accumulations offshore Mauritania in water depths from 200m to 1,200m. The licenses are located approximately 53km and 84km offshore Nouakchott, Mauritania.

Petrofac assumes responsibility for the subsea well decommissioning scope from Maersk Decom, which has been preparing the work since 2020. By mutual agreement, the parties have novated the contract to Petrofac. The company will take immediate responsibility for the project, with the offshore scope running from 4Q 2022 through 1Q 2023.

Maersk Decom revealed in a statement on its website that it has transferred its responsibility for the Banda and Tiof project in Mauritania to Petrofac, effective from April 2022. With this, Maersk Decom has no further commitments and the company will close down. The Maersk Decom website and social media channels will close down effective 1 June. Maersk Drilling and Maersk Supply Service will continue to pursue decommissioning work scopes within each of the companies’ spheres of operations.

As detailed by Petrofac, it will provide all personnel, assets and equipment required for the project, including management of the Island Innovator drilling rig and offshore support vessels.

As a reminder, in December 2021, Island Drilling secured two new contracts for its Island Innovator rig, one with Petrofac in the UK North Sea and another with Maersk Decom for P&A operations offshore Mauritania.

The contract with Maersk Decom was for plugging and abandonment of four firm and one optional well in the Banda and Tiof fields. It was agreed that the contract would begin in 4Q 2022 for an estimated duration of 75 days.

Nick Shorten, Chief Operating Officer for Petrofac’s Asset Solutions business, said: “Today’s award is a further demonstration of the international demand that exists for the skills and quality of delivery we have established in the North Sea.

“Since 2016 Petrofac has delivered three successful decom campaigns for Tullow Oil. We look forward to emulating this success for them in Mauritania, and across the African continent as we continue to grow our business here.” 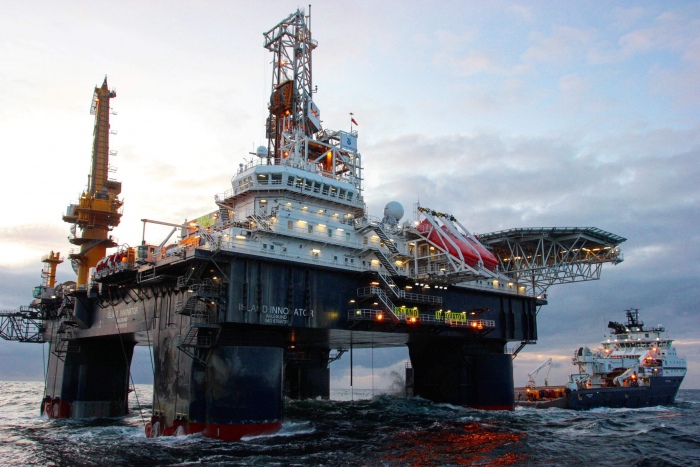