Petronas farms into FAR’s Gambia blocks ahead of new well

Australian oil and gas company FAR Ltd has signed a farm-out agreement with a subsidiary of Petronas to assign a 40% interest in each of the offshore petroleum licenses, Blocks A2 and A5 in The Gambia.

FAR is to retain a 40% interest in each of the highly prospective licenses and operatorship, the Australian company said on Monday. The remaining 20% is held by Erin Energy.

Malaysia’s Petronas will fund 80% of total well costs of the Samo-1 exploration well up to a maximum total cost of $45 million. Based on a completion date of March 31, 2018, FAR is to be paid estimated cash of $13.5 million for reimbursement of back costs and cash consideration.

In addition to this, Petronas will fund FAR’s share of non-well costs up to a maximum amount of $1.5 million. FAR will remain operator through the exploration phase of the A2/A5 licenses, including the drilling of the Samo-1 well, and Petronas has a right to become the operator for development. The Samo-1 well is expected to be drilled in late 2018 and will be the first exploration well offshore The Gambia since 1979. FAR estimates the Samo Prospect contains prospective resources of 825mmbbls oil.

Completion of the farm-out agreement is subject to Ministerial approval from the Government of The Republic of the Gambia and customary joint venture consents.

FAR Managing Director, Cath Norman, said: “This farm-out deal with Petronas is further recognition of the value of our Gambian licenses and FAR’s status as a partner of choice in the Mauritania-Senegal-Guinea-Bissau-Conakry Basin. FAR has built an enviable position in the basin and we look forward to drilling the Samo-1 well later this year. Success in this well would be of significant value to our shareholders and truly transformational for the people of The Gambia.

Petronas brings world class technical and financial strength to our joint venture. Petronas also has significant deep-water development expertise in the event of a discovery. FAR welcomes Petronas to the Joint Venture and looks forward to a long and successful relationship.” 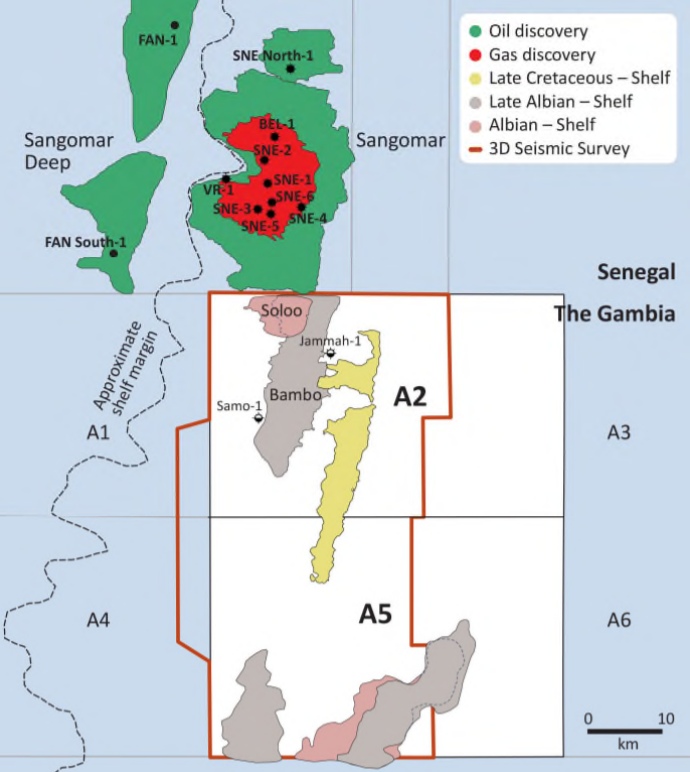