Designed to last up to 20 years without dry-docking, the 365-meter long PFLNG Satu is expected to be able to produce 1.2 million tonnes of LNG per year.

“The operational milestone marks a decade long journey for Petronas since conceptualising a floating LNG facility to maximise the potential of remote and stranded gas reserves to deliver a game changer in the global LNG business,” the Malaysian energy giant said in a statement on Friday.

PFLNG Satu, the world’s first operational FLNG, reached its final stages of commissioning and startup with the introduction of gas from the KAKG-A central processing platform at the Kanowit gas field on November 14.

The gas is treated and liquefied via its Nitrogen-based liquefaction unit – the heart of the FLNG, and processed into the first drop of LNG.

PFLNG Satu is expected to lift its first cargo and achieve commercial operations in the first quarter of 2017, according to Petronas.

This year turned out to be groundbreaking for this new industry.

Petronas is also building another FLNG unit, the PFLNG2, at Samsung Heavy Industry’s shipyard on Geoje Island, South Korea. The Malaysian company earlier this decided to delay the startup of the FLNG due to low oil prices.

Italy’s Eni has in November approved its investment plan for the Coral FLNG project in Mozambique while London-based Ophir Energy is moving forward with its Fortuna FLNG project off the coast of Equatorial Guinea.

LNG shipper Golar LNG is leading with the conversion of LNG carries into floating LNG producing units. Its FLNG Hilli currently being converted at Singapore’s Keppel Shipyard is expected to be deployed in Cameroon next year.

The biggest of them all with 488m in length and 74m in width, Shell’s Prelude FLNG, is currently being finalized at SHI’s Geoje shipyard.

Hague-based LNG giant Shell has never been clear on when it expects to start producing chilled gas from the giant floating facility to be located at the Prelude gas field off Australia.

The FLNG facility is expected to stay moored at the Prelude gas field for 25 years, and is expected to produce 3.6 mtpa of LNG, 1.3 mtpa of condensate and 0.4 mtpa of LPG for export. 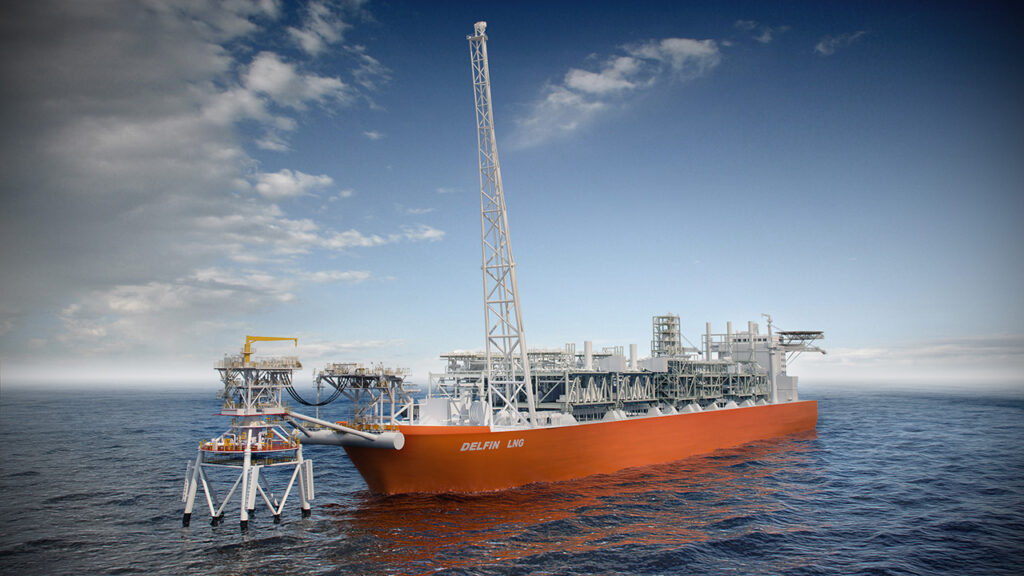