Photo: Illustration only (Courtesy of Knutsen)

Under the agreement, Knutsen will be responsible for the delivery and servicing of the vessels, PGNiG said in a statement on Tuesday.

The LNG carriers are two units with a capacity of 174,000 cubic meters each. This means the size of the cargo that each vessel will be able to transport is approximately 100 mcm after regasification.

The time of putting these vessels into service will coincide with the commencement of the operation of the Calcasieu Pass terminal.

In a separate statement, Knutsen noted the vessels will be built at Hyundai Heavy Industries in South Korea.

This is the first of two liquefied natural gas exporting facilities built by the American company Venture Global LNG. To remind, PGNiG has signed one of its long-term contracts with Venture Global.

The tender procedure for the charter service for the PGNiG Group was participated by several companies. The proceedings were conducted by the PGNiG’s LNG trade office in London, part of PGNiG Supply & Trading, which is a competence center for trading in LNG for the entire PGNiG Group.

According to the contract signed with Knutsen OAS Shipping, the chartering period for both vessels is 10 years with the possibility of extension. As the shipowner and operator, the company will be responsible, among others, for staffing the vessels and taking care of their technical condition throughout the term of the contract.

Currently, the volume of contracts for US LNG in the PGNiG import portfolio amounts to approx. 9.3 bcm annually after regasification. About 7 bcm will come from contracts concluded in the FOB trading formula, according to which PGNiG is responsible for loading LNG at the supplier’s export facility, transport and unloading at the destination port. For this reason, the company needs transportation capacity but also gains flexibility in managing LNG volumes. The cargo may be sent to Poland or – if sold on the market – to another LNG import terminal in the world. 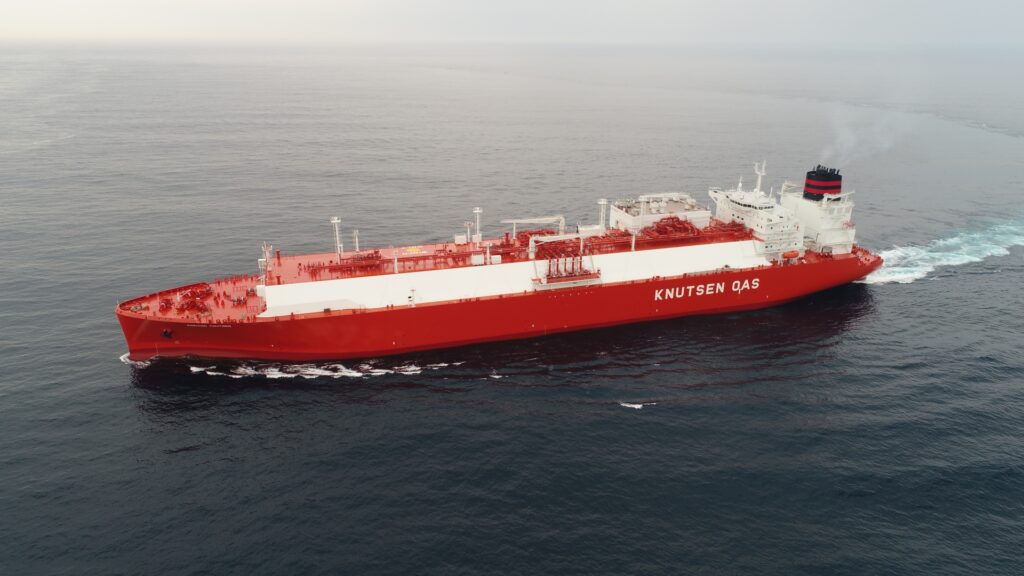