Davie, a shipbuilder based in Canada, announced a series of accomplishments achieved over the past three weeks.

Firstly, the second in the build series of 130-meter Subsea Construction Vessels – Hull 718 – was floated for the first time over the holiday season. At the same time, the Canadian Coast Guard icebreaker CCGS Des Groseilliers, presently undergoing a major upgrade and refit, was floated up from the dry dock with its new engines installed. Both ships will continue to be worked on alongside.

Alan Bowen, CEO of Davie commented, “This is not only a reflection of the achievements of our team on the existing programs, it also marks an important milestone in that the Champlain Drydock, our 365 meter-long graving dock, is now available for new projects.”

Steven Blaney, M.P. for Lévis, Bellechasse and Les Etchemins stated, “I am proud of the many achievements reached last year by Davie, who are creating jobs and economic growth for the entire region.”

The Champlain dry dock is a strategic asset which allows Davie to leverage its industry-leading fabrication capabilities for large-scale shipbuilding, ship conversion and ship repair programs.

In 2014, the Champlain dry dock was used to build two state-of-the-art Subsea Construction Vessels for export to Norway as well as refit and upgrade two of the Canadian Coast Guard’s largest icebreakers (CCGS Louis St Laurent and CCGS Des Groseilliers). 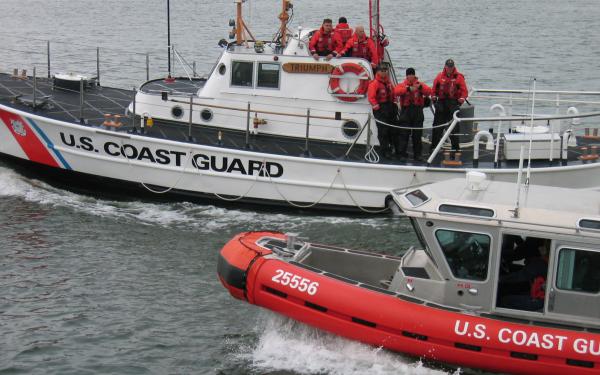