At the beginning of December, the components of the part-scale PivotBuoy floating wind platform arrived at the port of Las Palmas de Gran Canaria, where they are now being assembled.

The manufacturing commenced this summer at DEGIMA facilities in Santander, Spain, after X1 Wind and its partners completed and approved the design of the single point mooring system platform for floating wind turbines at the beginning of the year.

The platform will be installed at a test site at the Oceanic Platform of the Canary Islands (PLOCAN) in Gran Canaria.

The prototype, which will feature a part-scale platform with a Vestas V29 turbine, was planned to have been installed this autumn at the test site in Spain.

X1 Wind, which leads the PivotBuoy floating wind project, announced this month that it had been selected in the last round of funding in the pilot phase of the European Innovation Council (EIC) Accelerator. 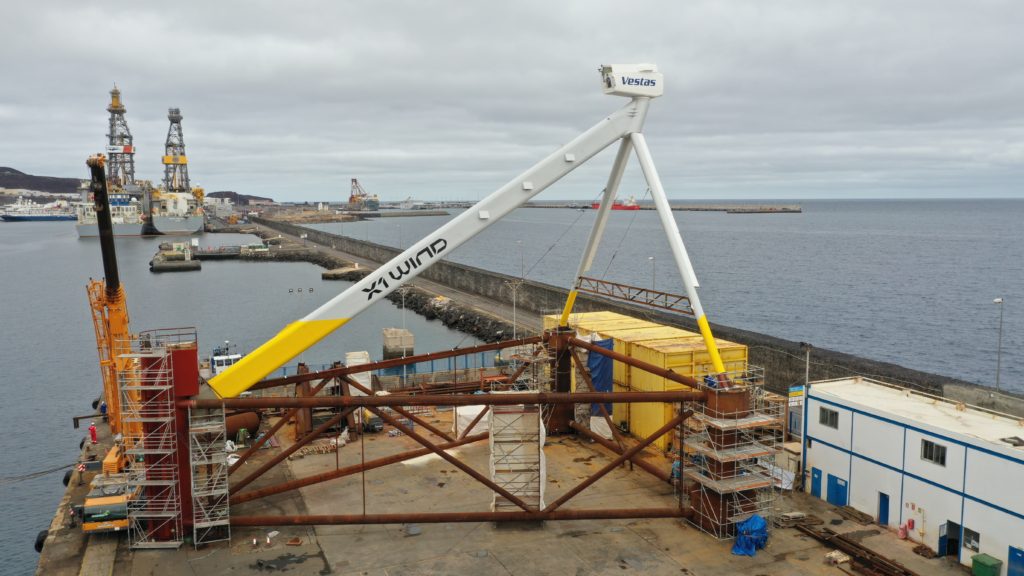