Oil and gas company CNOOC Petroleum Europe and the UK’s developer of offshore wind projects, Flotation Energy, are working on a project, which would see one of the UK’s largest oil and gas assets electrified with power from a floating offshore wind farm, enabling the reduction of carbon emissions from the oil and gas production in line with the UK’s net-zero goals.

CNOOC Petroleum Europe is a subsidiary of China’s oil and gas giant, CNOOC Limited, and the operator of the Buzzard field in the North Sea, one of the largest oil and gas developments on the UK continental shelf.

Together with Flotation Energy, CNOOC Petroleum has formed Green Volt Offshore Windfarm, a new company that will be in charge of developing the Green Volt wind farm. The two are moving forward with the project following the submission of an Offshore Scoping Report.

The project is a major step towards achieving the goals of the UK North Sea Transition deal, which recognises that oil and gas will continue to play a crucial role in the future energy mix. Therefore, it is critical to reduce the carbon emissions generated by oil and gas production.

The project proposes to develop a floating offshore wind farm with up to 30 turbines to facilitate the decarbonisation of the oil and gas industry through the complete electrification of the Buzzard oil and gas field with the support of a fully connected UK grid connection back to the New Deer substation in Aberdeenshire.

With a capacity of up to 480 MW, the Green Volt wind farm is expected to be operational by 2026. It is projected to mitigate 500,000 tonnes of CO2 and fully electrify the Buzzard field while the surplus power will be delivered to the Scottish grid.

Currently, the Buzzard platform incorporates its own power generation system to supply power for oil and gas processing, a gas lift system, a water injection system and essential utilities. As of today, the operation of Buzzard’s onboard power generation system is responsible for the direct emission of approximately 300,000 tonnes of carbon dioxide per year.

The plan is to develop the wind farm on a brownfield site previously hosting the Ettrick and Blackbird oil fields, located 75 km east of the Aberdeenshire coast. The two fields were operated by Nexen – a CNOOC subsidiary – and their cessation of production was approved in June 2016 ahead of decommissioning plans.

Green Volt would enable the removal of the offshore power station, which currently fuels oil and gas production from the Buzzard field. With a dedicated grid connection, Green Volt Offshore Windfarm would also provide renewable energy to Scotland for decades to come.

The Buzzard field is one of the newer, more efficient production facilities in the North Sea and is expected to be required to continue operation until late 2030s to early 2040s. Less than a month ago, CNOOC increased the field’s output following the start of production from an expansion of the existing Buzzard field development, the Buzzard Phase II. This phase includes a subsea production and water injection manifold located at a new drill centre, tied back to the existing Buzzard facility.

The new topside module for the Buzzard ‘P’ platform was lifted in July 2021, using the giant heavy-lift vessel, the Pioneering Spirit. Following the installation of the topside module, the subsea bundle installation, as well as topside and subsea hook-up and commissioning, were some of the key scopes to be delivered ahead of the first oil.

The Buzzard Phase II is expected to reach its peak production of approximately 12,000 barrels of oil equivalent per day in 2022, increasing Buzzard’s production to 80,000 boepd in total. 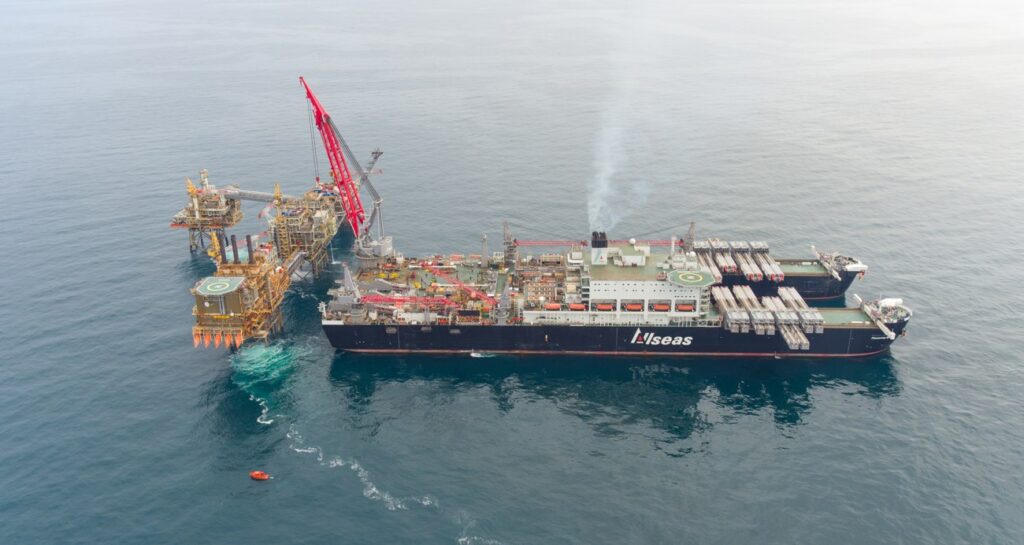 CNOOC fires up Buzzard expansion project in North Sea
Posted: about 1 month ago
CNOOC plans to boost output over next three years while fostering energy transition initiatives
Posted: 13 days ago
Premium
In focus: Working together towards a sustainable future
Posted: 24 days ago