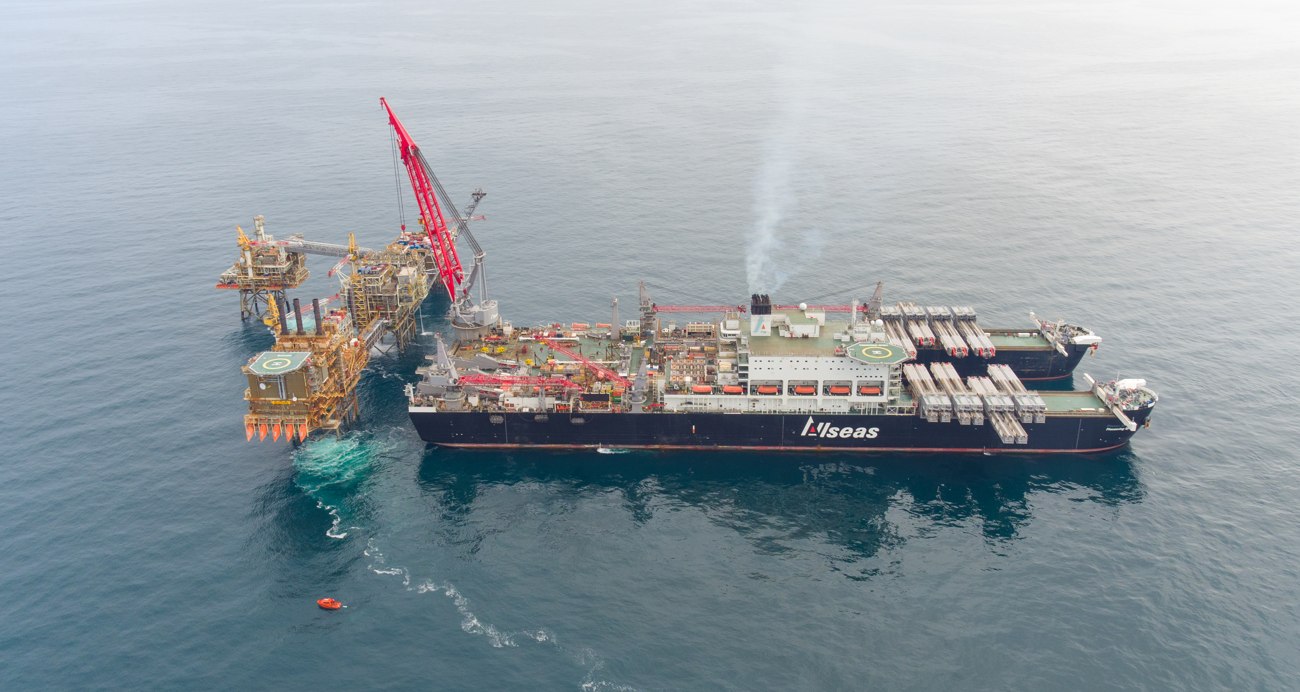 CNOOC International has confirmed that the heavy lift of the Buzzard Phase II (BPII) topside module onto the Buzzard ‘P’ platform was completed on 23 June 2021, using the giant Pioneering Spirit vessel.

Phase two of the field development was sanctioned back in August 2018. It includes a subsea production and water injection manifold located at a new drill centre, tied back to the existing Buzzard facility.

CNOOC said on Thursday that the heavy-lift took place about two weeks ago, during a planned turnaround of the Buzzard platform. The first production from BPII is planned for 4Q 2021.

CNOOC also added that subsea bundle installation, as well as topside and subsea hook-up and commissioning, are some of the key scopes to be delivered ahead of the first oil.

Allseas, the owner of Pioneering Spirit vessel, said on Thursday that the 516-tonne unit was loaded onboard directly from the Worley Rosenberg fabrication facility in the heart of Stavanger, Norway.

It was then transported to the field and subsequently installed on the southwest corner of the Buzzard production platform for hook up and commissioning.

Worley was awarded the contract for engineering, procurement and construction (EPC) in 2018 and the work was led by its Aberdeen office.

Svein Berg, Project Manager, Rosenberg Worley, commented: “Sometimes you get to be a part of things in your career that you know you won’t forget.

“And being a part of the BPII module’s journey after three years of engineering, designing and fabrication and commissioning, to the Buzzard asset has been incredible”.

Mark Kilpatrick, Worley Project Manager, Aberdeen, said: “The module has now been fastened to the asset allowing for us to commence initial life support. We will now deliver and manage the offshore campaign comprising the hookup and commissioning to support module access”.