Advertisement
Back to overview
Home Green marine PMA: ILWU Behind Slowdowns at Ports of Seattle and Tacoma

PMA: ILWU Behind Slowdowns at Ports of Seattle and Tacoma

The Pacific Maritime Association (PMA), which represents over 70 multinational ocean carriers and maritime companies in contract negotiations with the International Longshore and Warehouse Union (ILWU), has accused the ILWU of orchestrating slowdowns at the Pacific Northwest ports of Seattle and Tacoma.

The two ports handle an estimated 16% of containerized cargo on the West Coast. PMA says that the work actions come as the parties are in the sixth month of negotiations for a new contract covering nearly 13,600 workers at 29 ports along the West Coast, from California to Washington. Initially, the PMA and ILWU set a goal of reaching a new agreement in July.

Once the contract expired on July 1, the parties agreed to continue negotiating in good faith, and to resolve their differences at the table. The PMA says that both parties specifically stated that they were mindful of the broader economic implications of these negotiations. As such, they agreed that normal operations at West Coast ports would continue until an agreement could be reached, according to the PMA.

“Now, the ILWU has reneged on that agreement,” said Wade Gates, a spokesperson for the PMA.

According to the PMA, the ILWU initially targeted select terminals in Tacoma on Friday, October 31, and expanded to more terminals in Tacoma and the Port of Seattle throughout the weekend. The PMA claims that the slowdowns began within hours of the end of the latest negotiating session on a new coast wide contract.

The PMA says that the slowdowns at these Pacific Northwest ports have resulted in terminal productivity being reduced by an average of 40 to 60%.

“We have been told that ILWU business agents sent the slowdown orders out late last week,” Gates said. “We are calling upon the ILWU to cease its slowdowns and agree to a temporary contract extension while we negotiate a new contract. The Union’s agreement to a contract extension would give confidence to shippers and the general public, and would prove our willingness to solve our differences at the negotiating table, rather than by staging illegal actions at the docks.”

The ILWU responded to the claims by saying that the PMA ”has launched a dishonest media offensive against the ILWU, designed to smear the union and to deflect responsibility from a growing congestion problem that is plaguing major West Coast ports.”

The ILWU says it has been ”dishonestly accused” of  ”breaking a supposed agreement that normal operations at West Coast ports would continue until an agreement could be reached,” calling it ”a bold-faced lie.” According to the ILWU, no such agreement was ever made, nor could it be made given the parties’ historic disagreement regarding the definition of “normal operations” – a disagreement that has been the subject of arbitrations for decades. PMA also falsely states that agreement to temporary contract extensions is standard practice, the ILWU claims.

The ILWU has accused PMA of using ”early pressure tactics” during their negotiations, such as ”secretly trying to shift away thousands of ocean container chassis traditionally handled and maintained by longshore workers and refusing to bargain a training program that properly trains longshore workers and prevents non-qualified workers from operating dangerous equipment.”

The ILWU says that ”the unilateral media blitz by PMA will only delay progress at a critical point in the contract negotiations. Delays at the negotiating table are also reflected in the growing congestion problem at major West Coast ports.”

”Congestion at key ports is the result of three factors – some of which is from employer mismanagement, according to industry experts,” said ILWU spokesperson Craig Merrilees, identifying the three factors as a change in the business model used to maintain and allocate truck chassis,  a shortage of truck drivers who are needed to move containers at ports, and a shortage of rail car capacity has led to delays in moving containers from the docks to distant locations via rail. 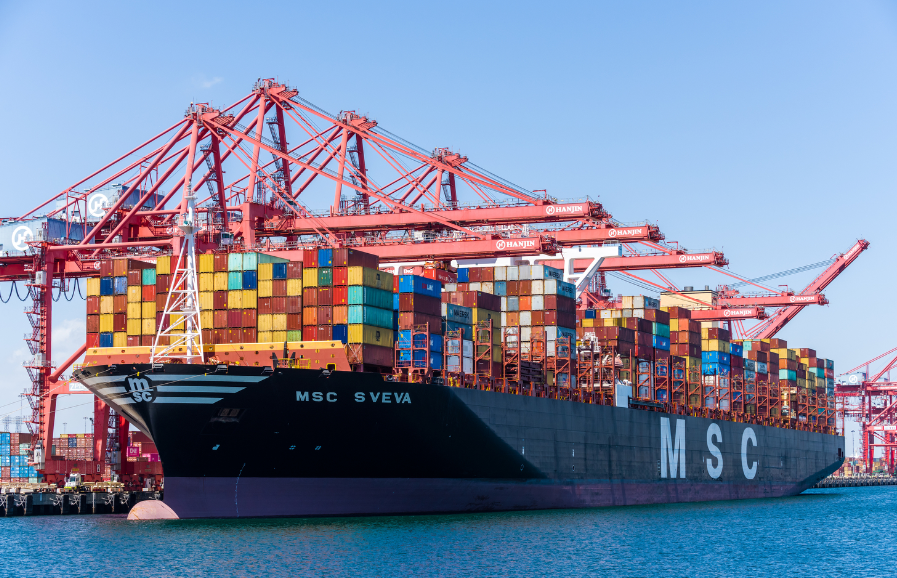