3D Oil has contracted the Polarcus Asima to acquire the Flanagan 3D seismic survey in the T/49P Permit offshore in the Otway Basin. The acquisition is expected to start during November 2014.

The mobilisation cost of the Asima will be shared with Origin Energy who will record a separate survey with the vessel prior to TDO. TDO is operator of T/49P with Beach Energy holding the remaining 20% interest.

755 sq km of 3D seismic acquisition is the main permit commitment and is scheduled for the current Year 2. The Environment Plan was approved by NOPSEMA on 30 July 2014 giving TDO an approved window of 1 November to 31 December 2014. T/49P covers an area of 4,960 km2 in water depths generally no greater than 100m. The permit is lightly explored covered by a broad grid of 2D seismic data of varying vintages and has two exploration wells drilled in 1967 and 1970.

The Flanagan survey is designed to mature a number of leads in northern part of the block which are located adjacent to the neighbouring Thylacine and Geographe gas fields. 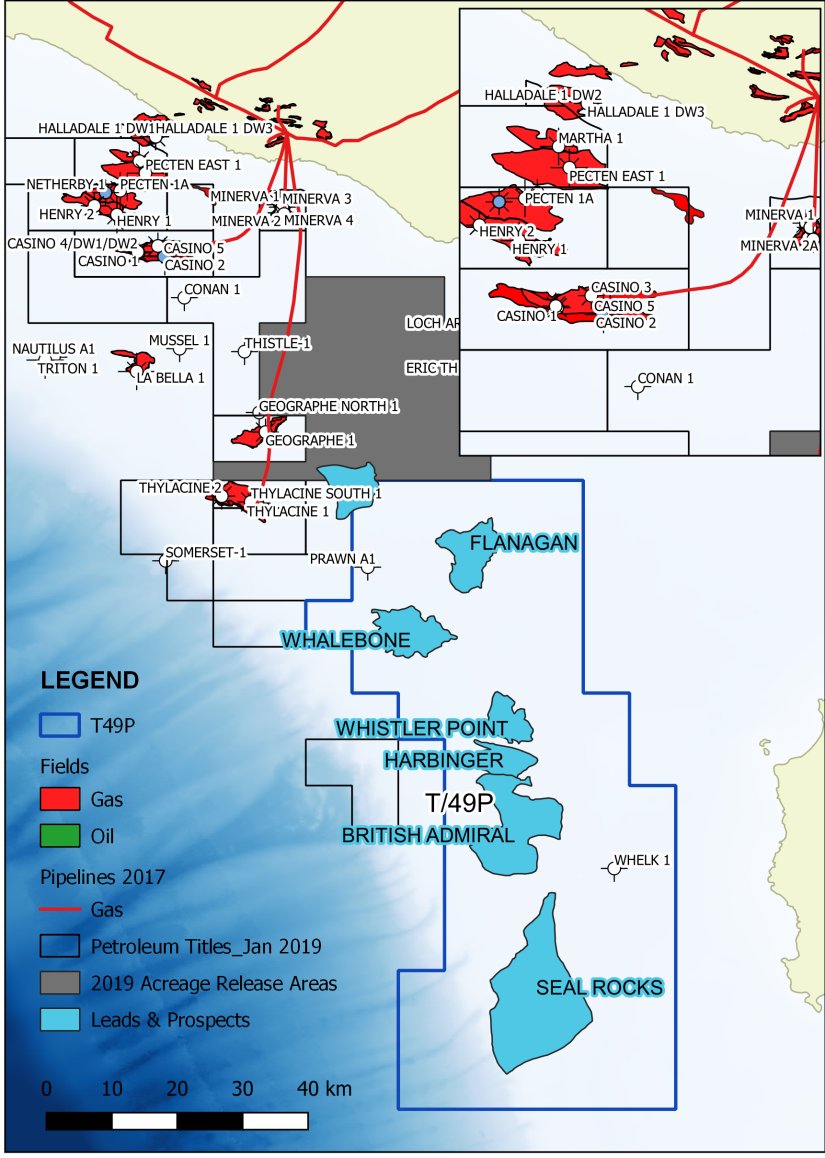