Luka Koper completed the first stage of the Basin I seabed dredging to 13 metres and thereby fulfilled an important commitment to the business partners as well as started to realise the company’s strategic objectives that have been on hold for several years, said Management Board President Gašpar Gašpar Mišič upon yesterday’s arrival of the French CMA CGM’s container ship Lamartine.

Upon this occasion, the Management Board President recalled his last year’s meeting with CMA CGM Group’s Vice President Mr. Stephan Courquin who pointed out the importance of the Port of Koper and anticipated that the deepening of the container quayside would allow the arrival of larger ships which due to a limited draft had to call the neighbouring ports first before coming to Koper.

When entering the North Adriatic this time Lamartine first arrived to Koper and thus discontinued the practice of large container vessels of the Phoenician Express service that due to inadequate depths of the Port of Koper first handled the cargo in the Port of Trieste.

Based on the study conducted by Marko Perkovič (Faculty of Maritime Studies and Transport) the draft was first deepened to 11.8 m and today, with the completion of the first stage of dredging, to 12.5 m of permissible draft which allows the increase of cargo throughput up to 1,800 TEUs per individual ship.

When the depth will reach 14 metres and thereby the permissible draft 13.5 metres, the cargo per individual ship will increase up to 3,500 TEUs.

This will enhance Luka Koper’s status of a business-friendly port among the partners and allow the company to maintain the position of the largest container port in the North Adriatic.

Lamartine is one of ten ships that constitute a regular container service Phoenician Express operated by the French CMA CGM and the Danish Maersk between the Adriatic and the Far East. 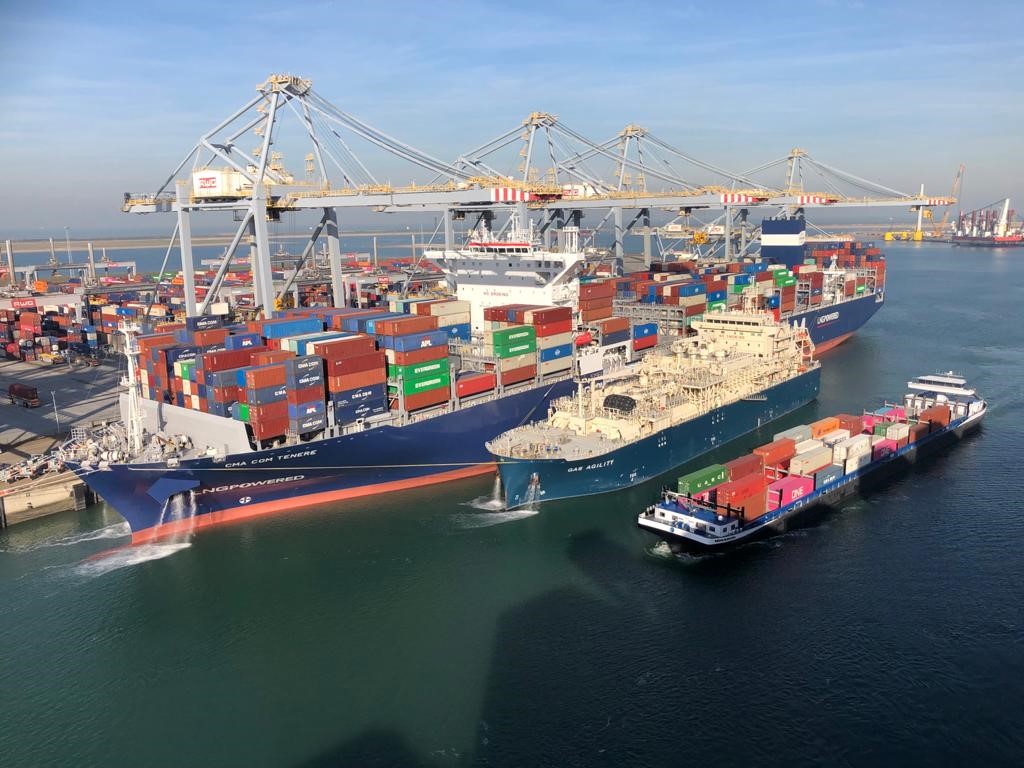