The Port of Rotterdam, Europe’s top trading hub, has reduced its total carbon emissions by 27 % over the past four years (2016-2020), the port authority said.

Just last year, the port saw its carbon emissions drop by 12 %, compared to 8 percent in the Netherlands as a whole.

“As a result of this swift decrease, companies in the port of Rotterdam are currently responsible for 13.5% of the Netherlands’ total carbon emissions: a share that several years ago was 16%,” the port authority said.

For comparison purposes, until 2016, the port tended to release over 30 million tonnes of CO2 on annual basis, driven by an expansion of industrial complex in the area.

However, by 2020, the port claims to have reduced emissions close to the total volume recorded 30 years ago. At the same time, the port area increased by 20% and the annual throughput by some 50%.

While a share of this reduction can be attributed to lower power consumption, the drop has mainly been assigned to a substantial nationwide increase ((over 40%) in the generation of electricity from renewable sources, such as solar, wind and biomass.

In 2020 Rotterdam’s natural gas-fired power plants actually released more carbon into the atmosphere than their coal-fired counterparts for the first time in history.

“The carbon emissions of Rotterdam’s industrial sector fell by 1.1 million tonnes (7%), while industrial emissions nationwide remained at the same level. These reduced industrial emissions are a consequence of economic contraction over the course of 2020. This slump led to reduced demand for oil and chemical products, forcing local industry to scale back its activities,” the port added.

The port is working with various partners towards the introduction of a large-scale hydrogen network across the port complex.

By becoming a hydrogen transport hub the port aims to maintain its position as important energy port for Northwest Europe in the future.

The necessary infrastructure will include import terminals and pipelines, as well as a conversion park for the production of green hydrogen from offshore wind energy with electrolysis. 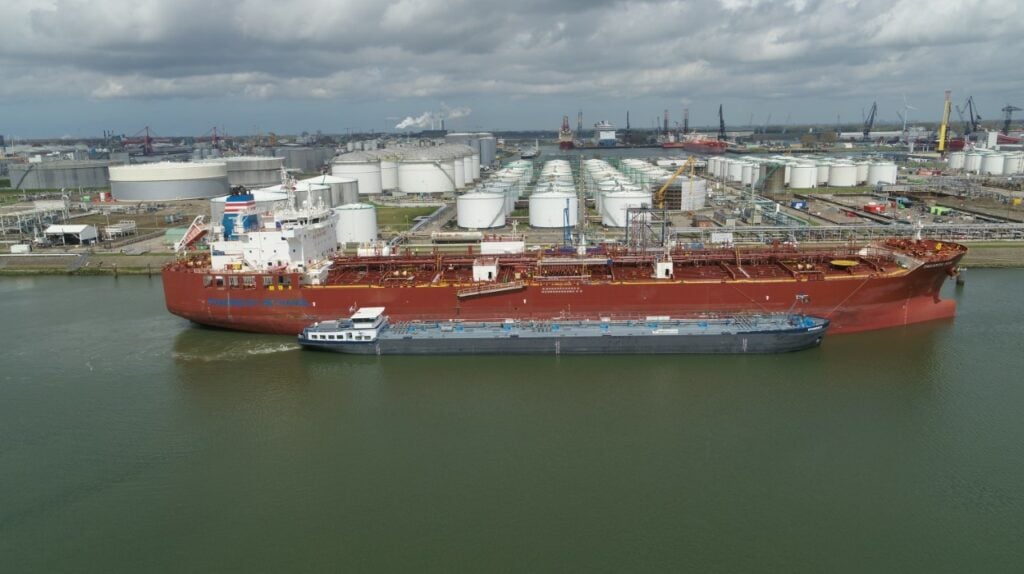 Port of Rotterdam to fuel ships with methanol on a regular basis from summer 2023
Posted: 2 days ago
K Line, KEPCO to study shipping of liquified CO2
Posted: 14 days ago
Port of Rotterdam ups the green transition tempo with new initiative
Posted: about 1 month ago