The European Commission has proposed awarding 102 million euros in funding to the Porthos project.

The Porthos project centres on the capture and storage of CO2 in the North Sea floor.

If the European Parliament endorses this proposal, Europe will bear a substantial share of the investment in Porthos, which totals 450 to 500 million euros.

For a term of 15 years, Porthos will be storing some 2.5 megatons of CO2 per year – supplied by the Rotterdam locations of Air Liquide, Air Products, ExxonMobil and Shell – in the North Sea seabed.

This is equivalent to 10 per cent of the total emissions produced by Rotterdam’s industrial sector. As such, the Porthos project will significantly contribute to the Netherlands’s achievement of its climate targets.

The carbon capture and storage (CCS) is one of necessary measures to keep global warming below 2 degrees Celsius.

Indeed, almost every scenario that satisfies this requirement involves CCS.

Carbon storage also plays a key role in the recent Green Deal drawn up by the European Commission.

Reportedly, Porthos is the most advanced project focussing on the large-scale storage of CO2 within the EU.

The public funding will come from the budget of the Connecting Europe Facility.

Porthos is eligible for this grant because it involves a partnership between Rotterdam, Antwerp and North Sea Port (Vlissingen, Terneuzen and Ghent) in the field of CCS.

The European grant means that the Dutch state can scale down its funding support.

Part of the EU contribution will go to the construction of a future-proof CO2 pipeline across the port area. The capacity of this pipeline will be such that other companies can also make use of the facility. This avoids the need for constructing a second pipeline in the future.

Besides investing in the construction of the pipeline itself, the EU will also contribute to the overall project budget.

Porthos is a joint venture of EBN, Gasunie and the Port of Rotterdam Authority. Companies will be charged a fee for having their carbon emissions transported and stored by the Porthos network.

Thanks to the EU’s financial support, these services can now be offered at a lower rate. The four companies that intend to supply Porthos with CO2 will also incur costs for the capture of carbon at the source.

On the other hand, they will not have to pay EU ETS allowances for the stored carbon.

The Dutch government will cover the difference between the companies’ total costs and savings via the SDE++ scheme.

The companies will be able to apply for the SDE++ grant in late 2020.

Over the course of 2021, it will become clear whether this funding will actually be awarded. Permit applications also need to be approved that year.

Porthos and the four participating firms will make their final investment decision based on these results.

According to planning, the Porthos system will be constructed over the course of 2022 and 2023 and taken into operation in 2024. 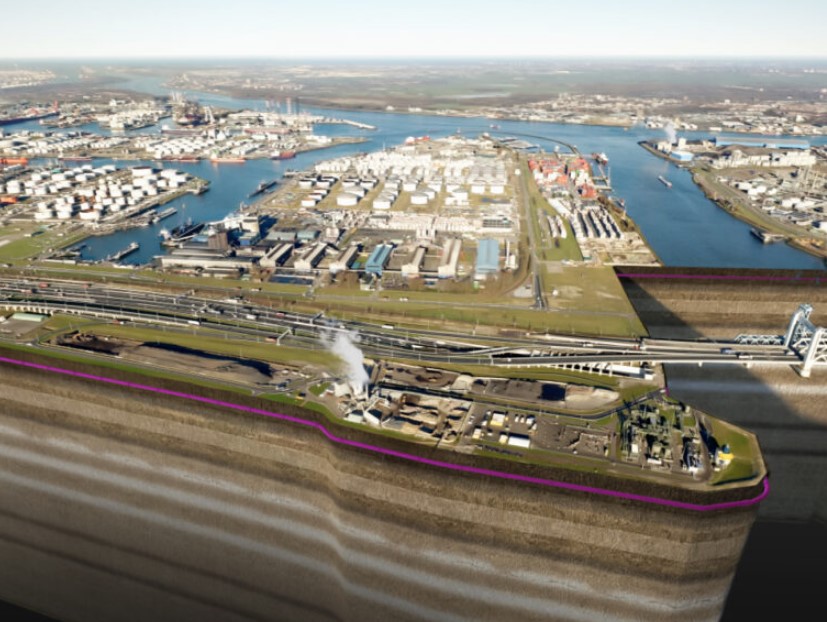