POSH Terasea, a provider of towing services for the international offshore oil and gas industry, has defaulted on a loan.

According to Pacc Offshore Services Holdings (POSH), a 50 percent partner in the Posh Terasea joint venture, towing provider Posh Terasea has defaulted on a loan extended by a financial institution.

“The outstanding amount of the facility from the lender is approximately US$27.6 million as at 17, September 2019,” POSH said.

POSH Terasea is 50% owned by the POSH and 50% owned by Terasea Pte. Ltd., a joint venture between Ezion Holdings Limited and Seabridge Marine Services Ltd. The company was responsible for the tow of Prelude FLNG – largest ever offshore facility – to its location off Australia.

POSH said that the lender is seeking payment for all relevant outstanding amounts including accrued interest. The loan, according to POSH, is secured solely by five anchor handling tugs owned by POSH Terasea and its subsidiaries, namely, Salvanguard, Salviscount, Salveritas, Salviceroy, and Salvigilant.

POSH said that as at June 30, 2019, the company (including joint ventures) operated a combined fleet of 122 vessels (of which nine vessels were operated by POSH Terasea and its subsidiaries).

According to POSH, the company has a debt headroom of approximately US$90.4 million and therefore, the Group does not expect the POSH Terasea default to have any impact on its operating cash flow.

Ezion: No impact on us

As mentioned earlier, Singapore-listed Ezion is a holder of a share in POSH Terasea. Commenting on Friday on the POSH Terasea loan default, Ezion said: “POSH Terasea has been operating in market conditions that have seen prolonged weakness and remain very challenging due to, amongst other things, the uncertainty in the oil prices that has affected the national oil companies and multinational oil majors’ capital expenditure in exploration and drilling.”

Ezion said that apart from the lender seeking loan repayment, it has been informed that the default may trigger cross defaults in other obligations of POSH Terasea. 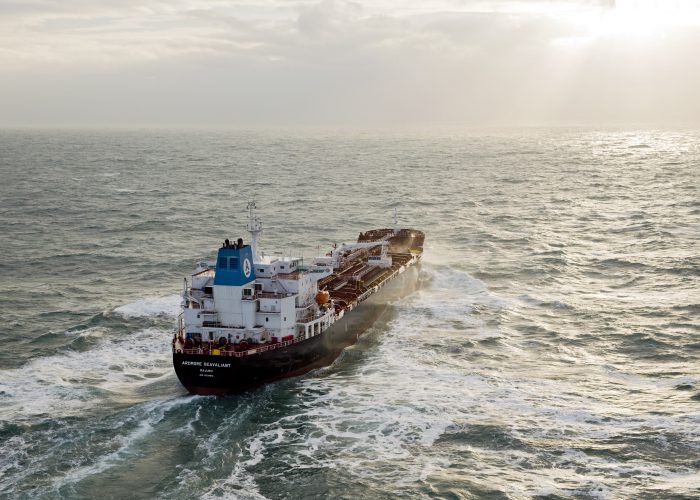