N-Sea has completed a pre-emptive repair to one export cable at the Gwynt y Môr offshore wind farm in North Wales.

The pre-emptive repair was the second stage of a repair to SSEC3 that saw circa 7.5 kilometers of submarine cable replaced and the circuit returned to full availability.

“We are very proud that we achieved this great milestone. We would like to thank our client and the entire team involved in this great team effort to complete the project in a prudent, efficient and safe way,” said Rick van Bruggen, commercial director for subsea cables at N-Sea.

Gwynt Y Mor, located some 13 kilometers off the coast of North Wales, was put into operation in 2015. That same year the project encountered its first issues with the export cable, which then underwent repair.

Five years later, an O&M contractor performing a routine test of the fibers in the spare fiber optic cable (FOC) discovered that all fibers within the spare FOC within subsea export cable 3 (SSEC3) had failed. This initial FOC break was located close to the location where the repair was undertaken in 2015.

Last year, Sumitomo Electric Industries reported that it had won a contract to supply the export cable for the 576 MW offshore wind farm. 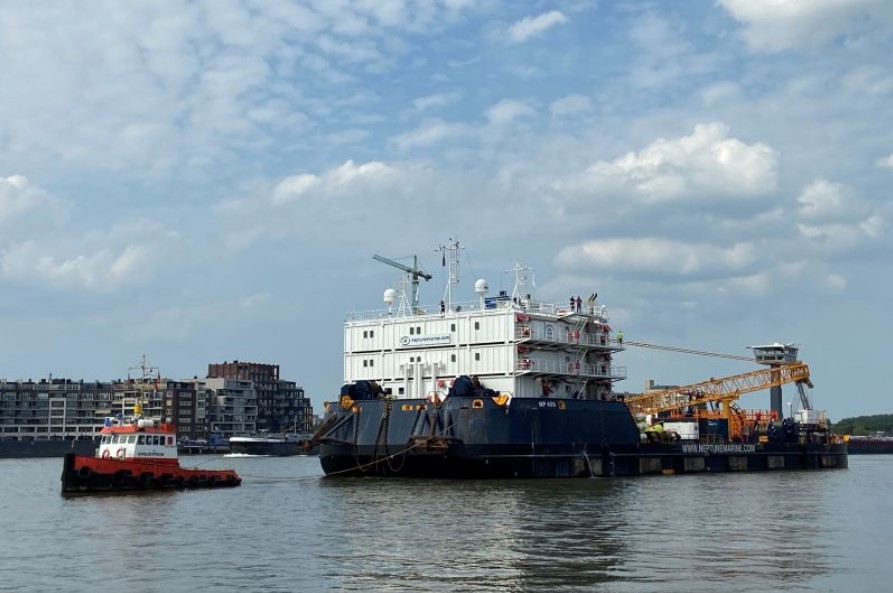