Premier Oil, a UK-based independent oil and gas exploration and production company, today reported that in the first quarter of 2014 its oil production rose 13% compared to the same period in 2013.

Simon Lockett, Chief Executive, said: “Premier is delivering on its stated strategy with good progress made across the portfolio.  Production is strong as we improve our operating efficiency. Current developments will add production and our new projects are achieving key milestones.  We have extended our recent exploration successes with the Kuda Laut discovery, the first of four material wells planned for the next 12 months.”

In Indonesia, gas sales from Premier’s operated Natuna Sea Block A were ahead of expectations with the Anoa field averaging 154 BBtud, capturing 51 per cent of GSA1 deliveries, against a contractual share of 39.4 per cent. Sales from Gajah Baru, averaged 85 BBtud for the period. In April, the Anoa and Gajah Baru fields achieved a peak production rate of 390 BBtud, a new record for the assets. Production from Kakap was in line with expectations.

In the UK, strong production from the Huntington field was interrupted in mid-April for repairs to the inert gas system on the FPSO. The work was completed and production resumed on 25 April. Due to an unplanned shut down on the CATS riser platform, the separate gas export route operated by BP, Huntington was shut in on 26 April. Production from the field resumed on 11 May and the field is now producing at full capacity.

Elsewhere in the UK, production exceeded expectations. This was driven by strong performance from the Premier-operated Balmoral Area and the non-operated Wytch Farm due to successful subsea interventions at Balmoral and additional Frome wells coming on-stream at Wytch Farm.

In Vietnam, successful initiatives to increase operational efficiency, including the installation of additional generating capacity on the FPSO, have resulted in strong production year to date. Cargoes sold from Chim Sao continue to command a healthy premium to Brent.

The three well development drilling programme at the Premier-operated Dua project in Vietnam is underway. The four day planned shutdown at Chim Sao to tie-in the Dua control systems was successfully completed at the end of April. First oil is planned for mid-2014.

In Indonesia, the Pelikan and Naga projects are progressing with the platforms currently being tied-in to the Gajah Baru facilities. Development drilling is expected to commence in Q2 with first gas targeted for the second half of 2014.

In the UK, the second phase of development drilling commenced in April at the Premier-operated Solan field. Onshore, the roll up of the jacket frames has been completed and pre-commissioning of the topside systems has started. Sail away of the subsea storage tank is on track for the end of the month while sail away of the jacket and topsides is targeted for July. The installation and heavy lift campaign is planned to start late July with first oil targeted for Q4.

Elsewhere in the UK, key service contracts covering the FPSO, the subsea infrastructure and drilling have been awarded for the Premier-operated Catcher project. The project has received board approvals from all joint venture partners and DECC approval of the Field Development Plan is expected shortly. First oil is targeted for mid-2017.

Re-development of the Kyle field continues to progress. The Banff field FPSO arrived on location in Q1 and riser installation linking Kyle to the Banff facilities is underway. The operator is forecasting mid-year for first oil.

A subsea tie back to a FPSO has been selected as the development concept for the Premier-operated Bream project in Norway and FEED contracts have been awarded.

In the Falkland Islands, pre-development activities on the Sea Lion project continue to progress. The conceptual design of the TLP has been further defined and a detailed geophysical survey of the TLP/FSO location has been acquired. Tender packages for the FEED contracts were issued and proposals from engineering companies have been received. These are under evaluation with the intention to award FEED contracts in Q2. We target project sanction for Q2 2015, the company said.

The company said that the period saw a strong start to its 2014 campaign with an oil discovery at Kuda Laut in Indonesia and a gas discovery at Kadanwari in Pakistan. The Kuda Laut-1 well on the Premier operated Tuna Block (Premier 65% interest) discovered 183 feet of net oil bearing reservoir and 137 feet of net gas bearing reservoir. The well is being side-tracked to target the Singa Laut prospect, the results of which are expected by month-end. The K-36 well on the Kadanwari Block (Premier 15.79 per cent interest) encountered a total net gas pay of 65 feet and flowed 50 mmscfd. The well was tied-in to the Kadanwari facilities and has been on production since 16 April. Elsewhere on the Kadanwari Block, the K-34 well encountered gas bearing sands as shown on the wireline logs but these proved tight when tested. The forward plan is to suspend the well while a decision on whether to carry out a fracturing operation is considered.

In addition to Singa Laut, forthcoming exploration wells include the Ratu Gajah-1 well on the Premier-operated Natuna Sea Block A in Indonesia. Appraisal of the 2012 Anoa Deep discovery, also in the Lama play, is planned for Q4.

In Norway, the Luno II appraisal well on the south west flank of the Utsira High will spud in June. Premier’s acreage around the Mandal High was enhanced by the award of two licences (PL 725 and PL 726); the Myrhauk exploration well, which is the first test of this play, is now expected to spud in Q1 2015.

Onshore Kenya, seismic data across the Badada prospect has been acquired and the well location is being finalised ahead of an anticipated spud date in Q4. Premier has also notified the operator of L10B offshore Kenya of its intent to withdraw from the licence.

start In the Falkland Islands, negotiations are ongoing with rig companies, joint venture partners and other operators to pave the way for the 2015 exploration campaign. A rig contract and an associated rig sharing agreement are expected to be signed shortly. The campaign is planned to commence in Q2 2015 and is expected to comprise four operated wells on Premier acreage; three on PL004 and one on PL032.

Planned capital expenditure for 2014 is around $1 billion (development) and $180 million (exploration), in line with previous guidance.

As at 30 April, net debt is estimated at $1.42 billion, a small reduction on the year end position. Cash and committed undrawn facilities were $1.6 billion. Refinancing of the Company’s principal credit facility is underway on terms reflecting favourable market conditions with credit approval (subject to documentation) received from the coordinating banks. Syndication was launched on 6 May. 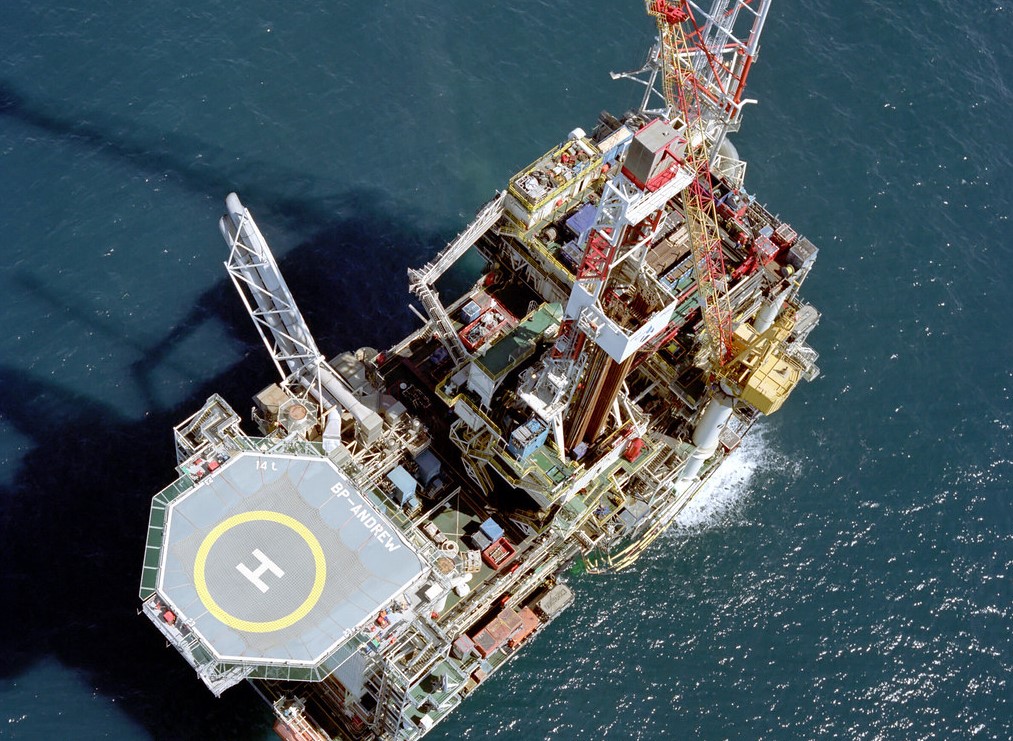