To mark the beginning of the historic voyage from New York, Queen Mary 2 performed a sail-by of the world’s most iconic statue atop Liberty Island. On board are keynote speakers presenting talks about the ship’s design, as well as special Big Band performances, and a celebratory Gala Dinner to be held on 11 July.

Queen Mary 2 is the largest, longest, widest and most expensive liner ever built. Today, she is the only ocean liner in service and is the fastest passenger ship in the world. Since entering service in 2004, she has cemented her place in maritime history as the most famous passenger ship afloat today.

In the course of Queen Mary 2’s 200 Transatlantic Crossings, Cunard Line estimates that a half-million passengers have consumed 8.4 million cups of tea; 980,000 scones; 481,000 bottles of champagne; 644,000 eggs; and 253,605 gallons of milk. In total, 22.4 million meals have been served over 600,000 nautical miles, excluding the ship’s annual World Cruise and sailings to the Canaries, Fjords, Iceland, the Low Countries, around Britain, up to Montreal and Québec in Canada, and among the Caribbean islands.

Also noteworthy, over the course of Queen Mary 2’s 200 Transatlantic Crossings, more than 1,000 dogs have been pampered in the only kennel facilities aboard a passenger ship.

“As each year in service passes, Queen Mary 2 becomes even more special and we will continue to celebrate and cherish her milestones and history,” said Peter Shanks, president of Cunard Line. “Looking at Cunard’s earlier Queens, Queen Mary crossed the Atlantic 1,001 times, Queen Elizabeth crossed 896 times and QE2 crossed 812 times. Queen Mary 2 achieved the milestone 200th in this, her ninth season, and has many seasons and Crossings still ahead!”

To commemorate the 200th Crossing and as part of the line’s award-winning Cunard Insights on board enrichment programme, Stephen Payne OBE, who was largely responsible for the overall design of Queen Mary 2, is presenting a fascinating insight into the ship’s construction. He will also be guest of honour at the formal Gala evening dinner on 11 July.

“Queen Mary 2 embodies the attributes of a true liner, including reserves of stability and deep draught. Combined with her great size, these attributes ensure that the ship can achieve a level of Atlantic sea-keeping superior to any other liner in history,” said Payne. “No other passenger ship is as much at home on the North Atlantic as Queen Mary 2.”

Also speaking during the milestone Crossing is BBC newsreader and Classic FM presenter Nick Owen; and getting into the swing of things are a dozen musicians, plus a band leader and vocalist from the world-renowned Julliard School of Dance, Drama and Music. The group is performing as a jazz orchestra, providing a selection of Big Band, Swing and Glen Miller style music and smaller ensemble pieces. They will perform at an evening event in the Royal Court Theatre with full orchestra and vocalist, and afternoon tea dance, lunchtime jam sessions featuring an ensemble in the Chart Room, and a late evening ensemble in Illuminations. In addition, two jazz masterclass talks and a Q&A are being held with the bandleader and members of the orchestra.

“Every Crossing has its moments, as no two are ever the same,” commented Queen Mary 2 Hotel Manager Robert Howie. “The beauty of Transatlantic Crossings is the elegance of our guests, the fact that you seem transported back in time, and even the unpredictability of the weather.”

Howie continued, “Guests marvel at how the ship handles the varying weather and this is when Queen Mary 2 comes into her own, performing at her best – it’s what she was designed for. All of us who work on board feel immense pride when she is acknowledged throughout the world with fantastic arrivals and departure celebrations. No other ship in the world has that recognition.” 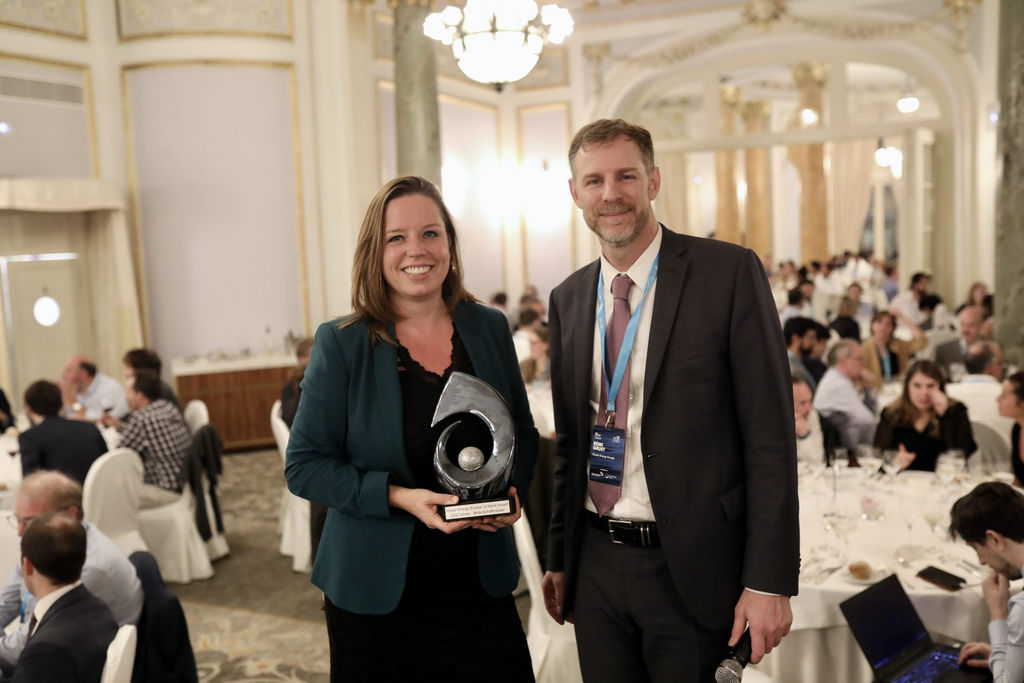