Rauma Marine Constructions laid the keel for an LNG-fueled newbuilding, NB6002 being constructed for Wasaline, at the Rauma shipyard.

The vessel, which will be named Aurora Botnia, will be delivered to the operator, Wasaline, in spring 2021.

The new ferry will operate between Vaasa in Finland and Umeå in Sweden, Rauma Marine Constructions said in its statement.

The new car and passenger ferry was ordered by Kvarken Link, a company owned by the city of Vaasa and the municipality of Umeå. The ferry will accommodate 800 passengers and will have a freight capacity of 1,500 lane meters for cargo. The ferry will replace Wasa Express, which now operates between Vaasa and Umeå.

The construction of the ship started in September 2019, and the next milestone will be the launching of the ship in the autumn this year. The completed vessel will be delivered to its Owner in spring 2021, with the shipbuilding project being worth around €120 million ($130.4 million) in total.

The new ferry will be the first-ever RoPax ferry with a Clean Design class notation, the shipbuilder said.

The vessel will have a hybrid power generation system, as well as an electric propulsion system rarely used in car and passenger ferries. The four main engines, supplied by Wärtsilä, will run on both liquified natural gas and liquefied biogas. 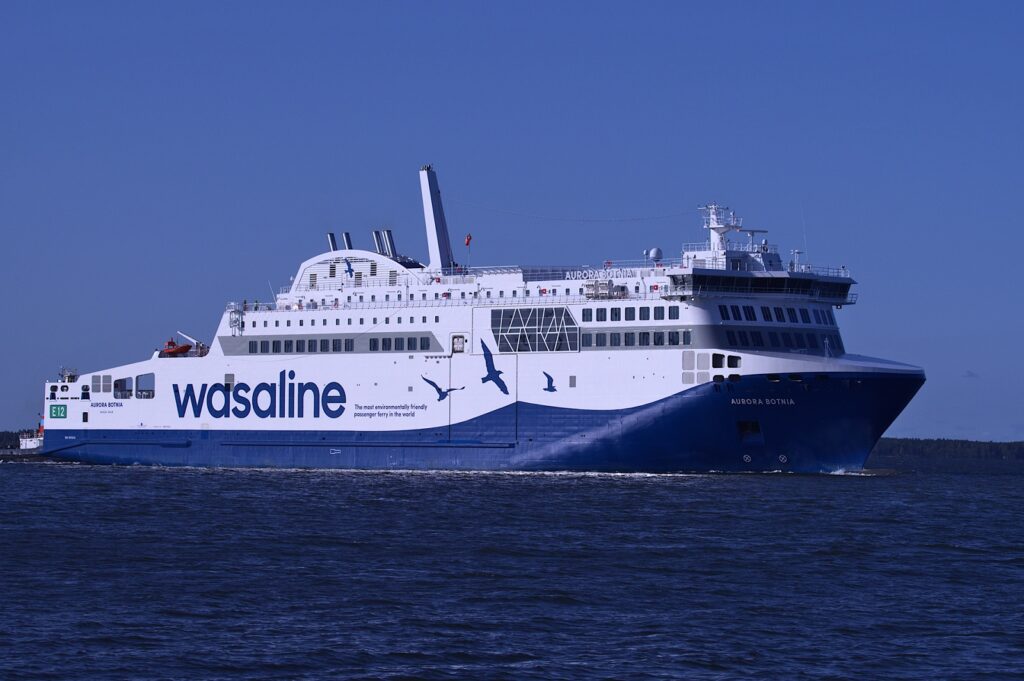