Brazilian oil company Petrobras has announced that its February figure for total oil and natural gas production in Brazil was 2.327 million barrels of oil equivalent per day (boed), up 0.7% on the January figure of 2.310 million boed.

Including output managed by Petrobras for its partners in Brazil, February’s production was 2.476 million boed, up 1.5% on the January figure (2.438 million boed).

In February, the SPS-77 became the first well to come on-stream with a buoyancy supported riser (BSR). It was connected to FPSO Cidade de São Paulo in the Santos Basin pre-salt Sapinhoá field. The well has been showing excellent performance and is currently the best production well in Brazil. Its output of approximately 36,000 bpd contributed to February’s monthly and daily records. Three additional BSRs are due to be deployed in the first half of this year and output from the pre-salt layer will continue to rise with the interconnection of eight new production wells to FPSOs Cidade de São Paulo and Cidade de Paraty. The output and processing capacity of these FPSOs will reach its maximum by the third quarter of this year.

In addition to these favorable results and the projection for 2014, improvements in operational performance are being achieved at an ever-increasing pace, including:

• Record completion time (109 days) for well SPH-05, at a water depth of 2,126 meters and with a total well depth of 5,334 meters. Drilling took 60 days and completion a further 49 days, setting a new record for drilling and completion operations in the pre-salt (the previous record of 135 days was set for well SPH-4).

The decommissioning process on FPSO Brasil in the Roncador field began in February and the FPSO will finally be shut down this Monday (3/31). Its wells will be gradually reallocated to other platforms operating in the same field (P-52 and P-54), an operation expected to be completed by the 4th quarter of this year.

Also in Campos Basin, platform P-20 is still halted in the Marlim field as repairs continue following fire damage to the platform’s chemicals system. This interruption is costing the company some 22,000 bpd in lost output. Operations are expected to restart in the next few days, once the reports and authorization have been received. Authorizations from the DNV (Det Norske Veritas) Classification Society and the Brazilian Navy have already been received..

The reported rise in output in February was achieved despite these temporary losses and maintenance shutdowns on platform PCE-1 (Enchova field) and FPSO Cidade de Anchieta (Baleia Azul), both in the Campos Basin.

New wells that came on-stream in February include, in particular:

In addition to the wells mentioned above, a further three wells cam on-stream in the Bijupirá-Salema field, operated by Shell, and on February 23rd, the Araracanga field started up in the Amazonas Operational Unit (UO-AM), with output of 400,000 m3/d of natural gas and boosting liquids output by 100 bopd.

February’s natural gas production in Brazil was 64.085 million cubic meters per day (m³/d), up 2.5% on January’s figure of 62.517 million m³/d. Including the production managed by Petrobras for associate companies, natural gas output was 72.344 million m³/d, up 3.1% on the January figure.

On the last day of 2013, Platform P-55 started up in Module 3 of the Roncador field, with output capacity of 180,000 bpd. Operations to interconnect new wells are ongoing.

Platform P-58 started up in Parque das Baleias, northern Campos Basin, on March 17th through pre-salt production well 7-BFR-7-ESS. This well has been showing excellent productivity with 20,000 barrels per day. Two additional wells of similar potential are due to start-up in April. With output capacity of 180,000 barrels per day, P-58 is approximately 85 km off the Espírito Santo coast, at a water depth of 1,400 meters. In the upcoming months, 15 production wells, eight in the pre-salt and seven in the post-salt, as well as nine injection wells, will be interconnected to P-58 through 250 km of flexible pipelines and two subsea manifolds (equipment for transferring oil from well to platform).

In addition, platforms P-62 and P-61 will start-up in the Campos Basin post-salt during the first half of this year. P-62 has an output capacity of 180,000 bopd and is located in the Roncador field. P-61 is located in the Papa-Terra field and will be interconnected to semisubmersible Tender Assisted Drilling (TAD) platform SS-88, which is already in Brazil.

This rise was due to the start-up of wells CA-6 and CH-5, in the US Gulf of Mexico’s Cascade and Chinook fields. The combined output of these wells rose from 15,900 bopd in January to 21,594 bopd in February (Petrobras’ share). The development of Cascade and Chinook fields is ongoing and the first FPSO deployed in the US Gulf of Mexico has an output capacity of 80,000 bpd.

Including production abroad, Petrobras’ total oil and gas production in February was 2.534 million boed, up 0.9% on January’s figure of 2.512 million boed.

Total production reported to the ANP 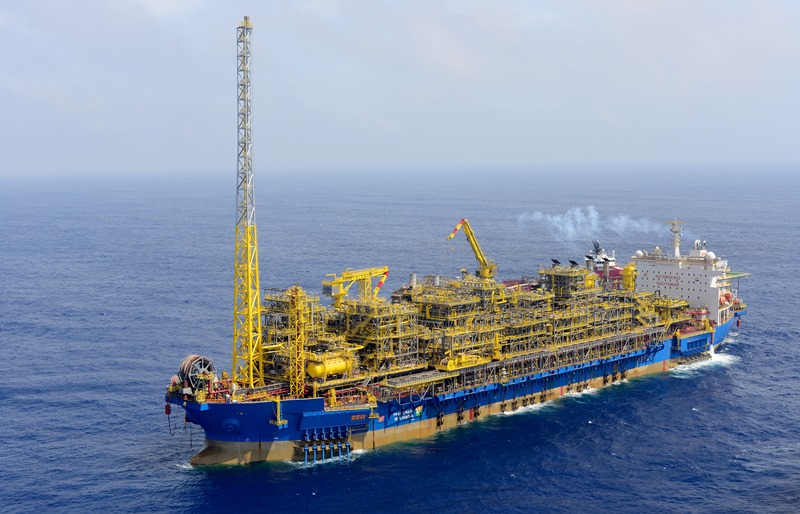