Red ink for ConocoPhillips on lower oil prices and volumes

U.S. oil major ConocoPhillips recorded a $1 billion loss in the second quarter of this year due to lower oil prices and production curtailments amid COVID-19 impact.

Special items for the current quarter were primarily due to a realized gain on the completion of the Australia-West divestiture and an unrealized gain on Cenovus Energy equity. Cash provided by operating activities was $0.2 billion.

Lance added: “We are monitoring the market closely to develop a view around the timing and path of price recovery and to guide our corresponding actions. For example, as the market strengthened late in the second quarter, we began reversing our second-quarter curtailments and ramping up production across the Lower 48, Alaska and Canada”.

Production down on curtailments

Production excluding Libya for the second quarter of 2020 was 981 thousand barrels of oil equivalent per day (MBOED) after curtailments of approximately 225 MBOED, resulting in a decrease of 309 MBOED from the same period a year ago.

Adjusting for closed dispositions, second-quarter 2020 production was 957 MBOED, a decrease of 212 MBOED from the same period a year ago.

This decrease was primarily due to curtailments and normal field decline, partially offset by growth from the Big 3, in addition to development programs in Canada and Europe.

Excluding disposition and estimated curtailment impacts, second-quarter 2020 production was slightly higher than the same period a year ago.

According to ConocoPhillips, its earnings decreased from second-quarter 2019 due to lower realized prices and lower volumes, partially offset by a change in Cenovus Energy equity market value and a gain from the Australia-West divestiture.

Excluding special items, adjusted earnings were lower compared with second-quarter 2019 due to lower realized prices and volumes, partially offset by lower depreciation expense and production and operating expenses associated with the lower volumes.

The company’s total average realized price was $23.09 per barrel of oil equivalent (BOE), 54 per cent lower than the $50.50 per BOE realized in the second quarter of 2019, reflecting lower marker prices and regional differentials. 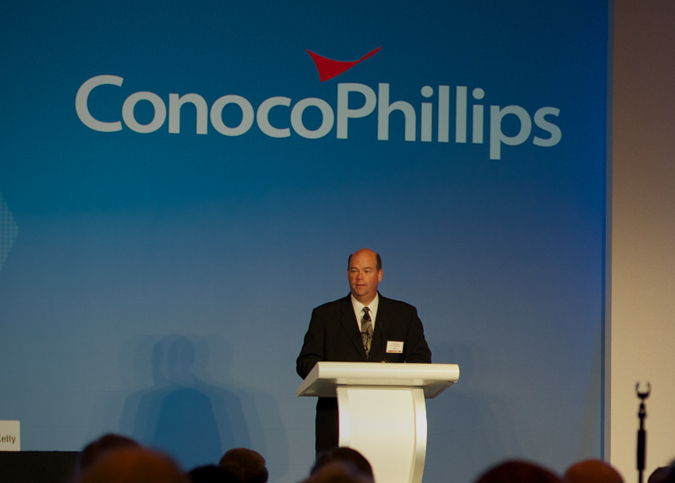