The Maltese bulker Vitaspirit, which crashed into a historic waterfront mansion on the Bosphorus Strait in Istanbul on Saturday, is facing seizure following a court order.

“For now, a seizure warrant has been ruled for the ship related to the USD 50 million [cost]. Currently, the relevant notices are being made to the port authority and coastal safety authorities for the seizure of the ship,” the Hurrieyet Daily reported, citing lawyers Nazlı Selek and Erdal Gökçe on behalf of the mansion owners.

The owners of the Hekimbaşı Salih Efendi mansion applied to Istanbul 17th Commercial Court of First Instance on April 9, according to the daily, asking for a lien to be enforced until they are compensated for the extensive damages the facility suffered.

The 74,200 dwt ship lost control and smashed into the historic building due to a technical failure in the vessel’s engines while crossing the Bosphorus, en route from Russia to Saudi Arabia.

The waterside building suffered extensive damage to the roof and upper floors, while its basement sank into the water. The work to determine the extent of the damage is underway.

Following the incident, Vitaspirit was towed from the crash site to an anchorage in the Marmara Sea where an investigation was to be undertaken. 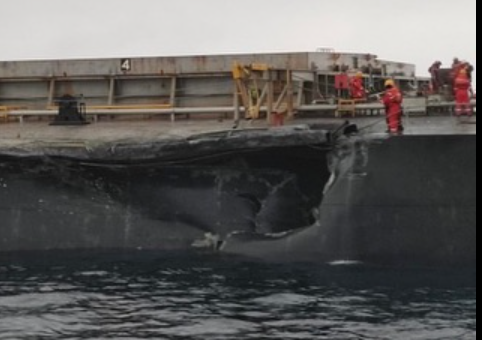