The Somali pirates have hijacked a Comoros-flagged bunkering tanker while it was sailing near the Horn of Africa, marking the pirates’ first commercial vessel hijack since 2012.

The vessel in question is the 1990-built tanker Aris 13 which sent a distress call, turned off its tracking system and changed its course for the Somali coast on March 13, Reuters said citing John Steed of Oceans Beyond Piracy (OBP).

Steed also informed that, prior to disappearing, the vessel, believed to be carrying eight seafarers, reported that it was being followed by two skiffs.

World Maritime News has obtained official confirmation of the incident from the OBP saying: “We can confirm that the ARIS 13 was hijacked by Somali pirates and is the first major commercial vessel hijacked since 2012.”

According to Gerry Northwood OBE, COO at MAST, a maritime risk management consultancy, and former Royal Navy counter piracy commander, it was very likely that such an attack was going to occur with the current political situation in Somalia and the increasing confidence of those transiting through the Western Indian Ocean and Gulf of Aden.

“The characteristics of the hijack are similar to some of the early piracy activity we saw around 2005, and those responsible will have analysed the changing economic and political situation around them and decided that now was an opportune time to launch an attack,” Northwood  said in a comment to World Maritime News.

As indicated, even though the vessel was a soft target, those who orchestrated the attack would have been acutely aware of the decreasing military presence in the area and the increasing numbers of ships which are not sufficiently capable of defending themselves against a hijack.

“The international community can ill afford the Indian Ocean to again become a hotspot for criminal pirate activity. It is a vital trading route into Europe and those ships and crew transiting it need to be protected, as it is the seafarers working in the region who are the ultimate victim of such activity.”

At the time of the incident, the 1,800 dwt Aris 13 was sailing from Sri Lanka’s port of Colombo to the Mogadishu port in Somalia, where it was scheduled to arrive on March 19, AIS data provided by MarineTraffic shows. 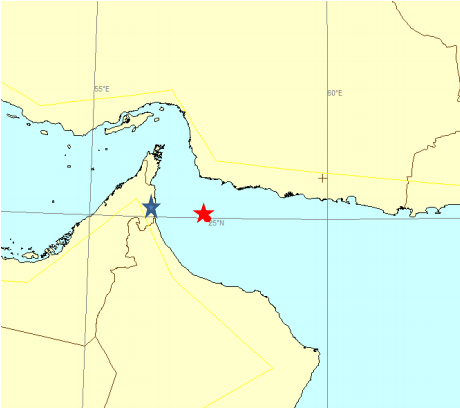