The Asian clam (Corbicula fluminea) is a most unwelcome addition to the fauna of the lower River Barrow. This bivalve mollusc is regarded as one of the most notorious aquatic invasive species in the world.

The Asian clam was first recorded in the river downstream of St Mullin’s in April 2010 and subsequent studies conducted by Inland Fisheries Ireland (IFI) have revealed that it is firmly established in the lower Barrow and also in the River Nore downstream of Inistioge. In one section of the River Barrow the clam has achieved a staggering density of almost 10,000 per square metre. Considering that each clam can produce up to 70,000 juveniles each year, the potential for enormous expansion of this population is apparent.

In an effort to curtail the expansion of the Asian clam population in the River Barrow and to explore methods of controlling or eradicating this ecosystem-changing invader in other infested waters, IFI propose to use a traditional cockle harvesting boat to physically remove the clams from the river bed. The aim is to evaluate the efficacy of a range of harvesting methods at extracting young and mature Asian clams from the substrate. IFI scientists will supervise the trials and will use teams of divers to quantify the result of the dredging efforts.

Trial dredging operations were completed yesterday. Carlow County Council will ensure that the dredged clams are safely disposed of. Of the operation Dr Joe Caffrey, Senior Scientist with IFI, stated that “It is imperative that every effort is made to control the expansion and spread of this highly adept invasive species. The results from these trials will inform future national management plans for this most unwelcome non-native species and will, at the very least, dramatically reduce the numbers of individuals in the test sites. In tandem with these trials, research effort is being focused at producing other control methods that can be targeted as this species”. 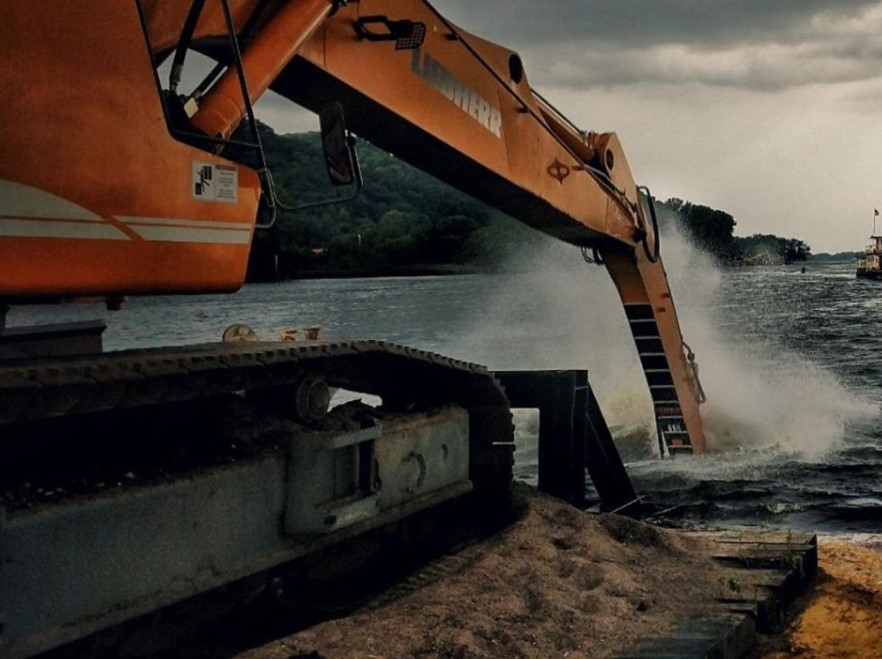