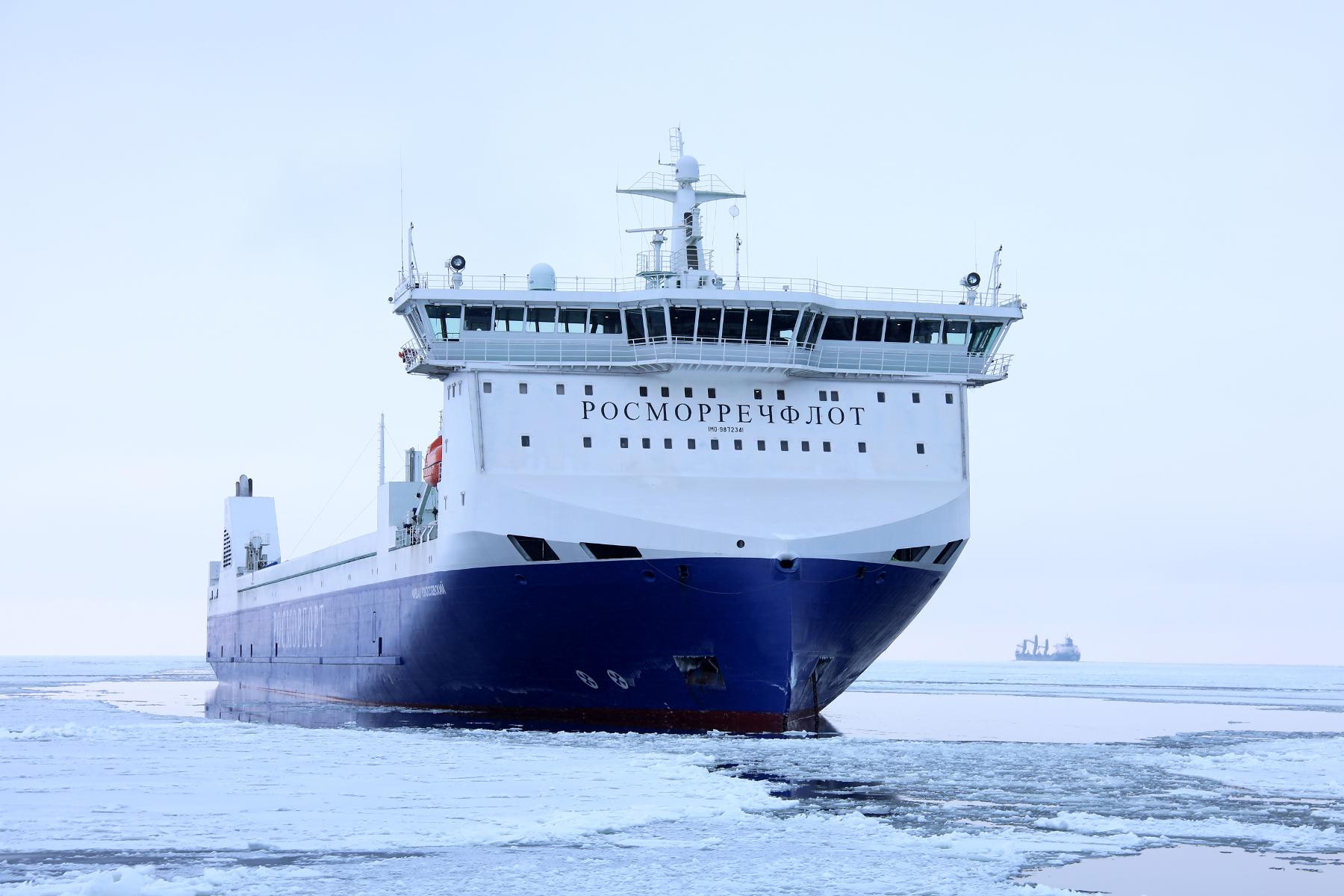 Photo: Ministry of Transport of the Russian Federation

Russia has welcomed a new dual-fuel ferry in a flag-raising ceremony that took place in the seaport of Ust-Luga in the Leningrad region on 4 March 2022. 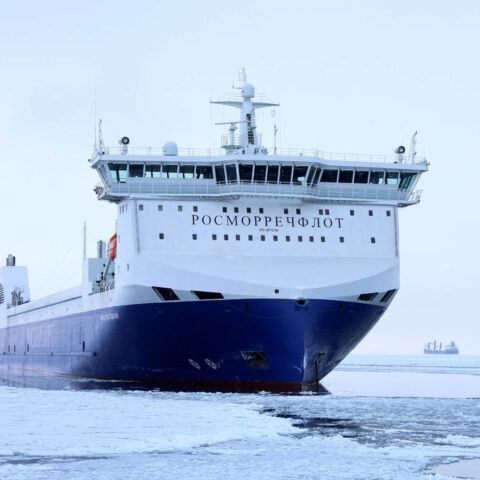 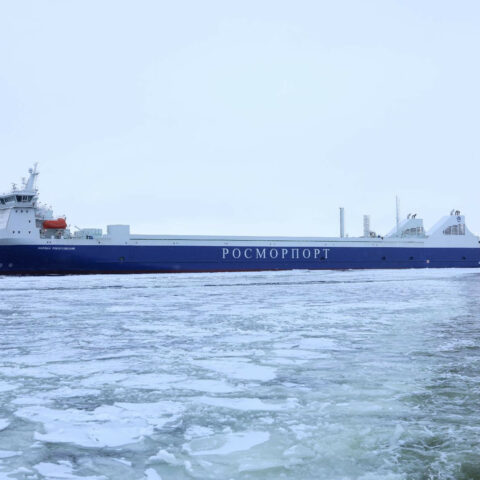 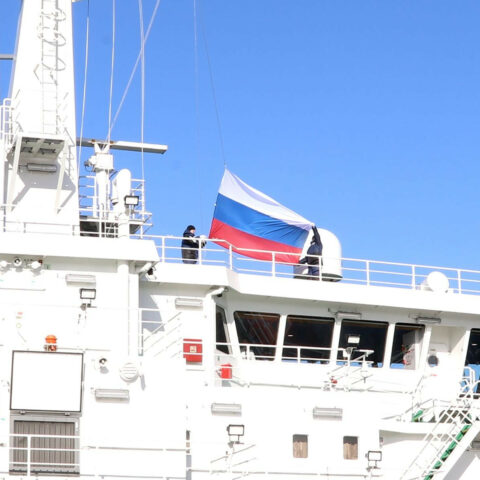 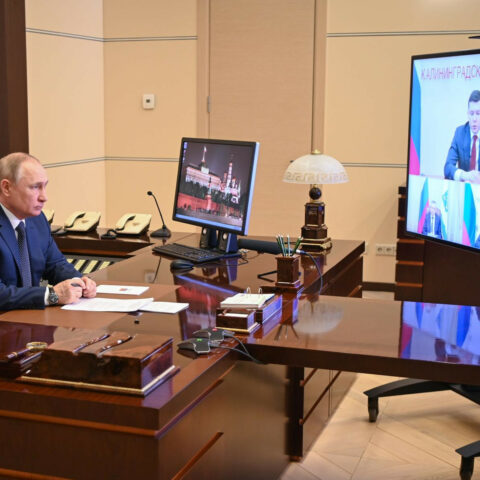 The country’s president Vladimir Putin took part in the ceremony of raising the state flag via videoconference.

Marshal Rokossovsky is Russia’s first dual-fuel ferry with ice reinforcement “Arc4“, designed to transport Russian standard railway trains with a gauge of 1520 mm, as well as trailers and cars.

Ordered by FSUE Rosmorport, the ferry was built by the Nevsky Shipyard LLC in cooperation with Turkish dockyard The Kuzey Star Shipyard. The design of the vessel was developed by the marine engineering bureau – design – SPb LLC.

“Already today, this … ship will go to the Kaliningrad region, carrying everyday goods for residents, products for construction and other important sectors of the region’s economy. In total, the volume of cargo transportation on the Ust-Luga – Baltiysk line will grow by more than one and a half times, up to two million tons annually,” Vladimir Putin said.

“Moreover, the new ferry will be able to go to sea even in difficult weather conditions, and in winter without the escort of an icebreaker.

In addition, Putin informed that the ferry could run on liquefied natural gas (LNG) or eco-friendly type of diesel fuel, which would reduce emissions of harmful substances into the atmosphere by more than 90%, which means protecting the environment and the waters of the Baltic Sea.

Vitaly Savelyev, Russian Minister of Transport, noted that the ferry could carry up to 80 wagons or 78 vehicles. The loading speed on the new ferry will be 4 times faster than the existing ones – 5 hours instead of 20.

By the end of 2022, the fleet serving the Ust-Luga-Baltiysk crossing is planned to be joined with one more vessel, which is ordered by FSUE Rosmorport – the General Chernyakhovsky ferry.

The commissioning of two new “green” ferries will improve the transport security of the Kaliningrad region, as well as ensure the transportation of goods needed for domestic consumption, according to the Ministry of Transport of the Russian Federation.

“It is noteworthy that in the future both ferries will be involved in the project for the use of autonomous navigation. Maritime transport is moving in the wake of digitalization. All this makes the process of transport management more efficient and of high quality,” Savelyev added.

“The new ferries are another step towards ensuring reliable transport accessibility to all territories of the Russian Federation.” 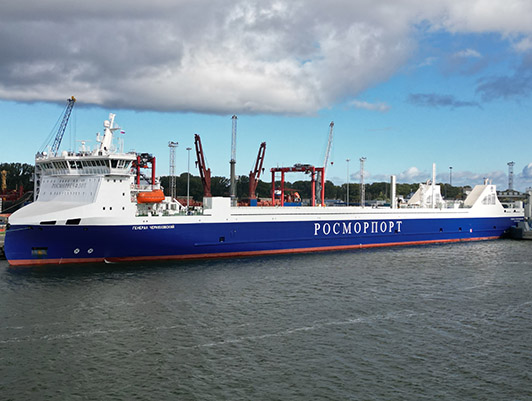