Norwegian offshore safety regulator has opened an investigation into a gas leak incident on one of Equinor’s platforms, located in the North Sea on one of the oldest producing fields on the Norwegian continental shelf (NCS).

The investigation has been launched by the Petroleum Safety Authority Norway (PSA) to look into the incident involving a gas leak on the Statfjord B platform on 23 May 2022.

According to PSA’s report from Wednesday, this incident occurred in connection with running up the process plant after a shutdown for a turnaround and the gas leak activated several detectors. However, the leak rate and volume are unknown at the moment.

The regulator said that it has decided to launch its own investigation of this incident to identify the causes along with possible lessons to be learned and to share this information with the industry.

In conducting its investigation, the PSA intends to clarify the course of events and the scope of the incident; assess the actual and potential consequences of the incident; assess direct and underlying causes; identify nonconformities and improvement points related to the regulations; apply necessary enforcement powers to correct possible regulatory breaches; make public its findings, and contribute to experience transfer to and learning by other players in the petroleum sector.

The findings of this investigation will be summed up in a report published by the regulator.

This Statfjord B platform stands on the Equinor-operated Statfjord field, which is located in the Tampen area in the northern part of the North Sea on the border between the Norwegian and British sectors. The Norwegian share of the field is 85.47 per cent and the water depth at the site is 150 metres.

According to Equinor, Statfjord is one of the oldest producing fields on the Norwegian continental shelf and the largest oil discovery in the North Sea. Discovered in 1974, the Statfjord field has been developed with three fully integrated production platforms: Statfjord A, Statfjord B, and Statfjord C.

Back in December 2021, Equinor agreed to acquire all of Spirit Energy’s production licenses in the Statfjord area, spreading across the Norwegian and UK Continental Shelves.

Earlier this month, Equinor extended its contracts for integrated drilling and well services on its operated fields on the Norwegian continental shelf, which were inked with three oilfield services giants. Thanks to this deal, Schlumberger will work, among others, on Statfjord A, B, and C facilities.

This announcement came less than three months after the Norwegian state-owned giant extended existing agreements with Archer and two other firms for drilling, completion, intervention services, plugging, maintenance, and modifications on 19 assets on the Norwegian continental shelf, including Statfjord A, B & C. 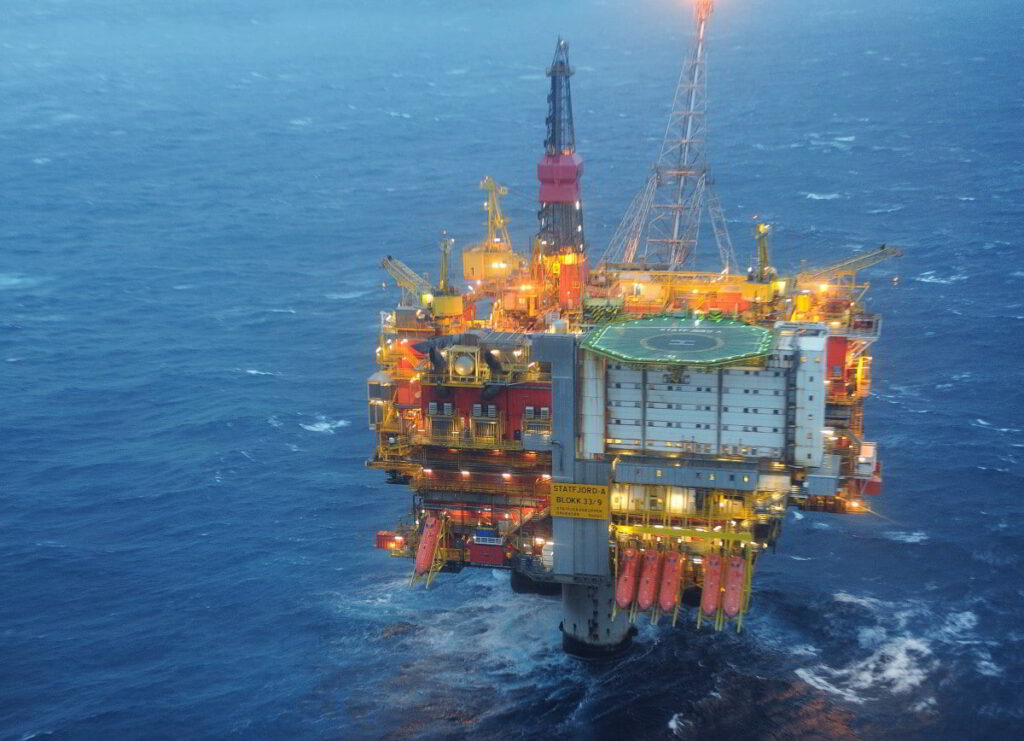