The company said on Tuesday that the offshore installation barge Castoro 10 started preparatory works for future pipelaying for the Nord Stream 2 project during the day. The vessel has been previously used for work on the original Nord Stream project.

Nord Stream 2 AG said the pipelay barge Castoro 10 had assumed its starting position with the help of its eight anchors in the shallow waters of Lubmin, Germany. During operations, pipe segments are welded together on board the vessel and pulled ashore by a high-performance winch to connect the landfall facilities of Nord Stream 2 with the new offshore pipeline.

Simultaneously, preparatory works for the subsequent pipelaying, in the Bay of Greifswald, Germany continue. Five excavators are currently working on the 29-kilometer long pipe trench.

Nord Stream 2 expects to complete construction works in the Bay of Greifswald by the end of this year.

The Nord Stream 2 pipeline will transport natural gas from the world’s largest reserves in Russia to the EU internal market.

The twin pipeline, which involves two parallel 48 inch lines, will travel through the Baltic Sea, starting from the coast of Russia and reaching landfall near Greifswald in Germany. It will run roughly parallel to the existing Nord Stream pipeline.

The project will have the capacity to transport up to 55 billion cubic meters of gas per year from Russia to Europe, connecting with pipelines within the European Union for onwards transmission. 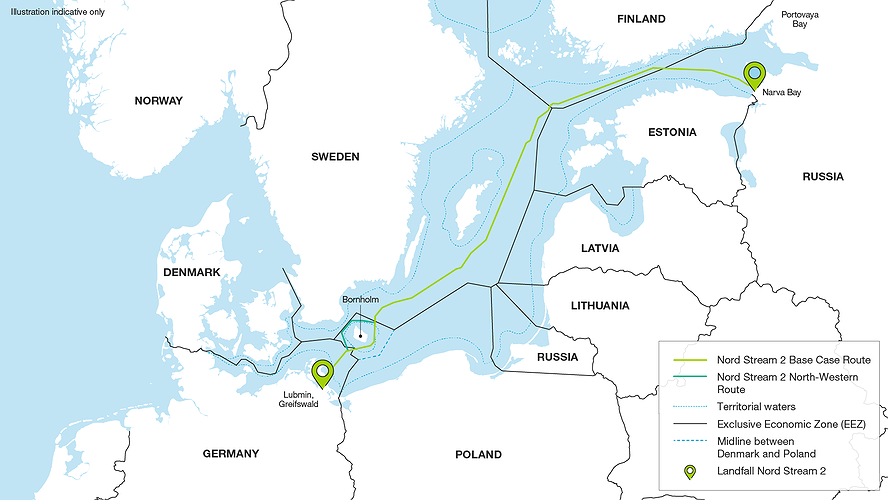