Saudi Aramco to spend $40B annually over next decade

Saudi Aramco, a national oil and gas company of Saudi Arabia, plans to invest $40 billion annually over the next ten years, the company’s CEO said at an industry conference.

Speaking at the ONS 2014 conference in Stavanger, Norway, the company’s CEO Khalid A. Al-Falih, touched both, the bearish and bullish sides the oil & gas industry is facing today.

Al-Falih warned that soaring project costs throughout the industry, which he said have doubled for Saudi Aramco in the past decade too, and cost overruns “are dragging many projects.”

“These project challenges are driven in part by shortages and bottlenecks in our supply chain, including drilling contractors, shipyards, EPC firms, and materials and equipment suppliers, which have led to growing quality, schedule and cost pressures,” Al-Falih added.

“Of course, larger investments and a shrinking number of easier and cheaper fields mean more expensive production, and so industry profitability is plateauing after a banner decade. As a result, investor expectations go unfulfilled, and amid this squeeze between higher costs and shareholder demands, we are seeing project cancellations and a general capital curtailment,” he said.

To remind, EY last week issued a report titled ‘Spotlight on megaprojects’ examining the performance of 365 megaprojects and the impact on the oil and gas industry of these overruns.

In absolute terms, the cumulative cost of the projects reviewed for the report has increased to US$1.7 trillion from an original estimate of US$1.2t, representing an incremental increase of US$500 billion.

In his speech at the Offshore Northern Seas conference, the Saudi Aramco CEO warned of another incoming problem that the industry is facing, the retiring workforce and manpower shortages.

“We are experiencing critical manpower shortages in the industry, including the services sector, as a generation of older veterans retires; enrollment in earth-science programs continues to stagnate; and our industry competes for talent with other sectors. Finding and attracting competent engineers, rig personnel and geoscientists to run ever more complex and expensive operations has become an acute challenge,” Al-Falih said, also adding that, among many things, the industry also continues to grapple with environmental concerns, highlighting climate change as the main priority.

In an article last year, the HR Magazine quoted a Seadrill executive who warned that“half of the oil and gas workforce globally could retire by 2015.″
Al-Falih also said that global economic weakness is hindering short-term growth in oil demand, while “turmoil in oil producing regions such as Africa, the Middle East and the former Soviet Union is further clouding the outlook.”

However, not all is gloomy and dark, according to the Saudi Aramco CEO, and there are some silver linings too.

On that note, he informed of a “fairly healthy” long term oil demand outlook, saying that the world primary energy demand is expected to rise by more than a third from the current level over the next twenty years, but added that the industry will have to work hard to around 40 million barrels per day of new capacity over the period, in order to offset the decline in output from mature field.

He said that while there are plentiful resources in place, oil prices will need to be attractive for the oil companies to proceed with development of complex and expensive projects both in conventional and unconventional plays.

Al Falih adds: “Looking at the future, how are we to navigate the challenges and seize the opportunities that I have outlined this morning? Each company, naturally, will choose its own course, given its unique capabilities and objectives. At Saudi Aramco, we have realized the major shifts in our landscape and have undertaken a transformative and comprehensive change process that leverages innovation and technology, talent, agility and resilience, and our business investments and portfolio expansion, in addition to strengthening our proactive role in the broader development of the Kingdom of Saudi Arabia.

“We are convinced that innovation and cutting edge technology are the key strategic enablers of our current success and future competitiveness, which is why we are tripling our R&D manpower and increasing our R&D funding fivefold. Our research agenda is targeting a leadership position in about a dozen technology domains. They include multiple technologies that will help us achieve our goal of increasing our oil recovery to 70 percent and allow us to add more than a hundred billion of barrels of oil resources to our already large portfolio. In addition, we are targeting major advancements in drilling, which constitutes 60 percent of our upstream budget and is vital to realizing our significant unconventional gas potential.”

Put money where mouth is

During his speech, Al Falih said that the companies, including Saudi Aramco, need to put their money where their mouth is and make timely and prudent investments, with balanced short-term and long-term objectives.

The Saudi Aramco CEO also spoke about the company’s hefty spending plan for the next decade: “At Saudi Aramco, as we solidify our upstream leadership while also diversifying our business portfolio, our investments will exceed 40 billion dollars a year during the next decade. Although our investments will span the value chain, the bulk will be in upstream, and increasingly from offshore, with the aim of maintaining our maximum sustained oil production capacity at twelve million bpd, while also doubling our gas production. This will ensure that we efficiently meet the Kingdom’s rising energy demand with gas for power and industry and refined products for transport, while also meeting the global call on our crude oil,” Al Falih said.

He closed on a positive note, saying that “recognizing the abundance of oil resources and the immense opportunities we have, I remain confident that our best days are yet to come…So rather than storm clouds, I look forward to even brighter days ahead, confident that the kind of technological know-how and innovative capability represented in this conference will play an important role in achieving those better days.” 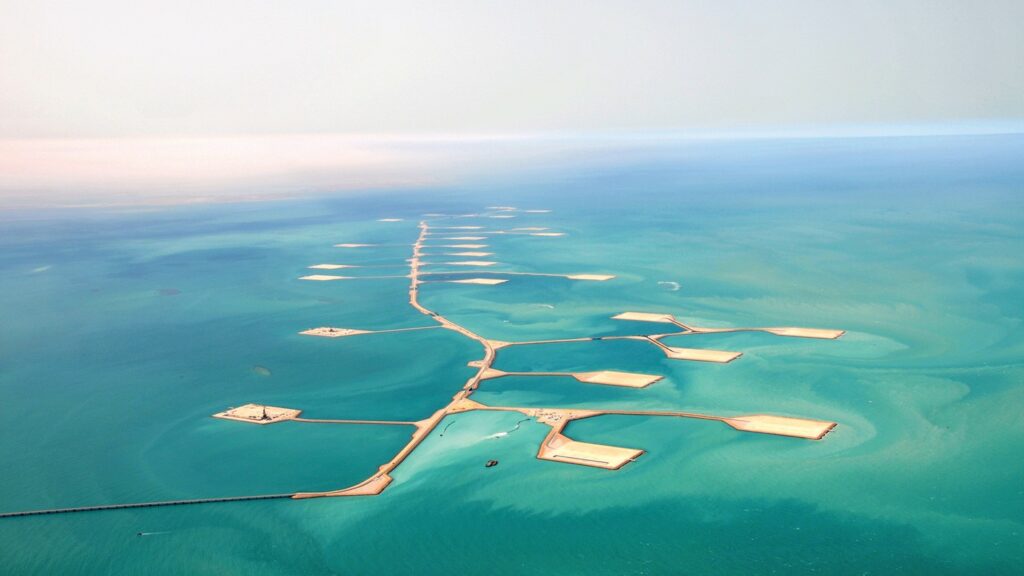