Oilfield services provider Schlumberger has reported a profit boost in the third quarter of 2021 with an increase of 19 per cent sequentially and 126 per cent year-on-year.

Olivier Le Peuch, Schlumberger CEO, commented, “International revenue grew 11 per cent year-on-year and is on track to meet our double-digit revenue growth ambition for the second half of 2021 compared to the same period last year. Our third-quarter pretax segment operating margin reached its highest level since 2015 and cash flow from operations was $1.07 billion. I am excited about our improving earnings and cash flow potential as the macro outlook for energy strengthens significantly through 2022 and beyond.”

The firm reduced its net debt by $1.43 billion since the beginning of the year due to generating a free cash flow of $1.70 billion on a year-to-date basis.

“Looking ahead, we anticipate another quarter of growth, and expect to close 2021 with strong momentum that will set the foundation for an exceptional growth cycle,” proclaimed Le Peuch.

According to Schlumberger, the international revenue of $4.68 billion grew by 4 per cent sequentially due to double-digit growth in Latin America, which was complemented by sustained activity in Europe/CIS/Africa, the Middle East and Asia.

The firm confirmed a revenue of $1.13 billion in North America, which also grew 4 per cent sequentially due to a strong seasonal rebound in land drilling, higher Asset Performance Solutions (APS) revenue in Canada, and an increase in drilling revenue in North America offshore.

Schlumberger’s CEO explained that the industry fundamentals strengthened in 2021, aided among other things by the recent highs in oil and gas commodity prices and increased demand compared to the pandemic-related setback. The CEO emphasised that these favourable conditions are expected to materially drive investment over the next few years, which would lead to exceptional multi-year capital spending growth globally, both on land and offshore.

“In this context and given our financial outperformance at this point in the cycle, we are increasingly confident in achieving our mid-cycle adjusted EBITDA margin ambition of 25 per cent or higher and sustaining a double-digit free cash flow margin throughout the cycle,” concluded Le Peuch.

In recent company-related news, it was reported that Turkish Petroleum awarded an engineering, procurement, construction, and installation (EPCI) contract for subsea equipment to the consortium consisting of Subsea 7 and Schlumberger for the Sakarya development in the Black Sea. 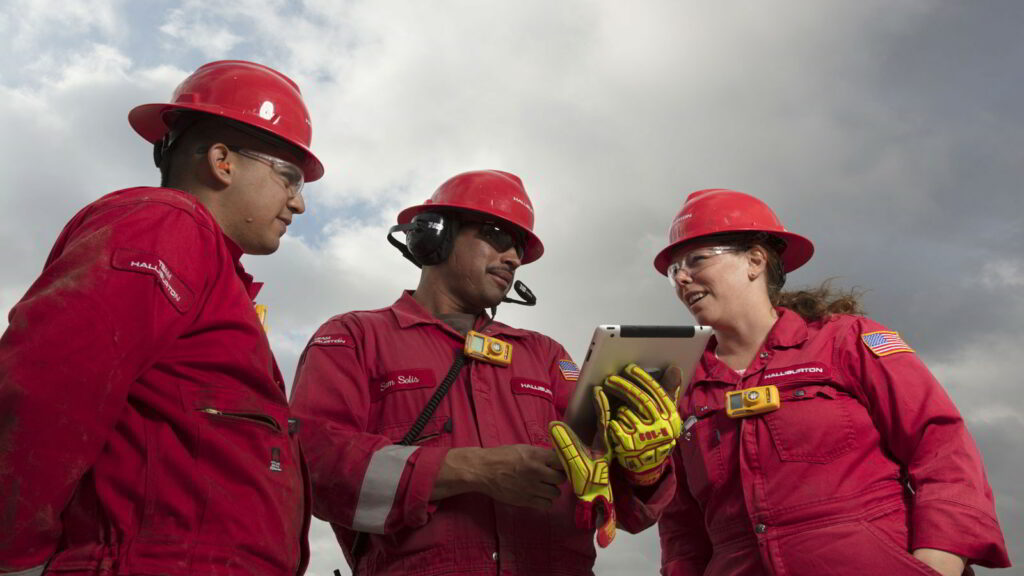