Scientists Prove Frequency of Low-Oxygen Eddies in The Atlantic

After the discovery of low-oxygen eddies in the tropical and subtropical Atlantic Ocean, some assumptions regarding biogeochemical cycles in this region now have to be rethought.

Marine scientists from Kiel and Plön (Germany) have found processes within these short-lived eddies that previously were not know in the open Atlantic. These processes influence, inter alia, the availability of nutrients not only in the Atlantic, but also the climate. The study has recently been published in the international scientific journal Biogeosciences.

At first everyone believed there was a measurement error. In 2010, the Cape Verde Ocean Observatory (CVOO) north of the Vape Verdean island of São Vicente, recorded an oxygen concentration of almost zero in the near surface water. There is indeed an oxygen minimum zone at certain water depths within that region, but until recently scientists believed that almost oxygen free conditions, such as in the Pacific Ocean, did not occur in the Atlantic.

However, marine scientists from Germany and Canada were able to prove by means of data obtained by the CVOO, satellites and oceanographic floaters that very low-oxygen conditions do occur in the Atlantic Ocean quite often. They develop in eddies, which form off the coast of western Africa and have a size of several thousand square kilometers. From coastal waters they move west through the ocean until they eventually dissolve. Such an eddy had been detected by the CVOO in 2010. The discovery has raised many new questions about the Atlantic.

In early 2014, biologists and chemists of the Kiel Cluster of Excellence “The Future Ocean”, of the GEOMAR Helmholtz Centre for Ocean Research Kiel, the Collaborative Research Center (Sonderforschungsbereich, SFB) 754 and the Max Planck Institute for Evolutionary Biology Plön, identified another of these eddies and were able to sample it directly in order to learn more about the processes therein. They wrote in the international journal Biogeosciences that they have found microorganisms in the eddy which have not been found in the Atlantic Ocean before. “The metabolism of these microorganisms causes processes that were also previously unknown in the Atlantic,” says marine biologist Dr Carolin Löscher from GEOMAR, lead author of the current study.

Among other things, the team was able to prove the existence of microbes that convert dissolved nitrogen compounds into pure nitrogen gas, but also into nitrous oxide. The latter is a powerful greenhouse gas in the atmosphere. “So far, the Atlantic has been largely ignored as a source of nitrous oxide. We now know, however, that the low-oxygen eddies occur frequently. Therefore, we have to rethink assumptions about the nitrous oxide budget over the ocean,” says Dr Löscher. At the same time nitrogen is an important nutrient for plankton and the new findings also have implications for assumptions about the biology of the Atlantic.

The scientists owe these new findings, among other things, to a certain amount of luck. “The eddies have a limited lifetime and are extremely difficult to find in the ocean. When we applied for the project, we did not know if we would have enough people and equipment at the right time at the right place to take the samples we needed,” says the co-author and project manager Dr Björn Fiedler from GEOMAR. But when the newly formed eddy was discovered on satellite data off the coast of Mauritania, everything fit together. In collaboration with another project, two autonomous oceanographic gliders were launched from the Cape Verdean island of São Vicente and sent to the eddy. In March 2014, the eddy had already approached the archipelago, they used the research vessel ISLÂNDIA of the Instituto Nacional de Desenvolvimento das Pescas (INDP) for direct sampling. In the same month, a long planned scientific cruise of the German research vessel METEOR, started in the Cape Verdean port city of Mindelo. Sampling of the low-oxygen eddy was added to the programme of the cruise. “So we were able to obtain, for the first time, detailed insight into the biogeochemistry of such eddies,” says Dr Fiedler. The study is only the first in a series of papers with results from the investigations in 2014.

Prof Dr Arne Körtzinger from GEOMAR, another co-author of the study, adds: “This project has shown again how important it is to have a well-equipped base in such an important region as the tropical Atlantic. Our long-lasting and reliable cooperation with Cape Verde and the construction of permanent research infrastructures there has paid off scientifically.” 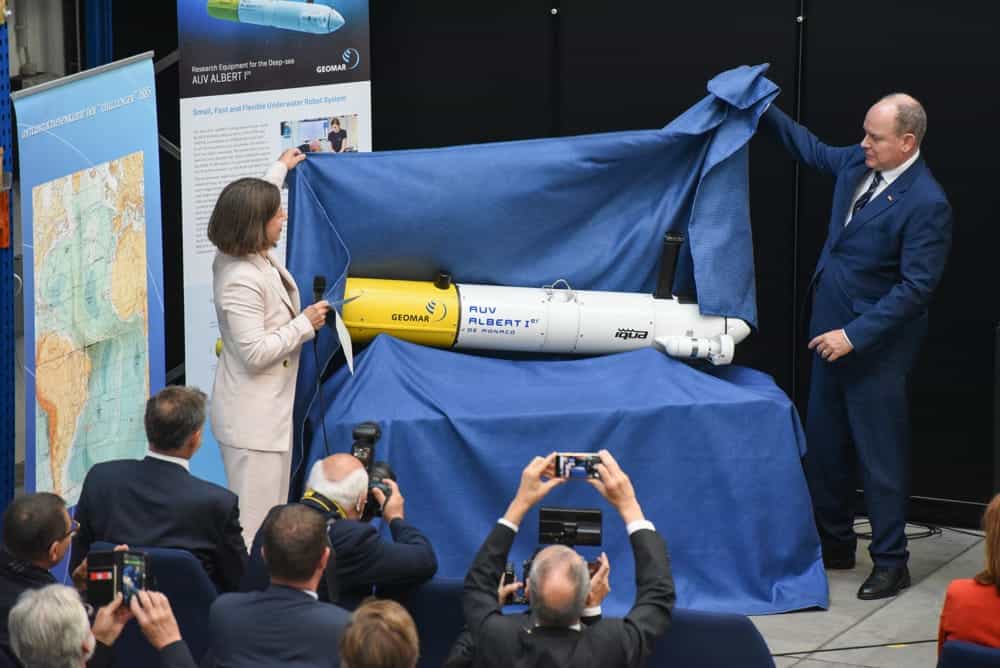