Eckernfoerde Bay comprises a variety of geological, geochemical and biological features that construct a unique underwater landscape. Earlier studies have revealed the large scale geology of the seafloor and its relation to submarine freshwater seepage as well as fine scale features such as pockmarks from which fresh water or gas is being released every day.

Detailed analysis of the seafloor morphology and backscatter show that the area is more complex than previously thought. This month, three main surveys took place simultaneously at the bay. During the first survey the participating scientists mapped in detail the upper ten meters of sediments using a parametric sub-bottom profiler.

“It allows us to see at thin layers beneath the seafloor surface”, says Evangelos Alevizos from GEOMAR. With the second survey MBES bathymetry has been obtained over an area that had been mapped in 2012 already. “So we will be able to compare the results and observe any differences”, says Alevizos. Last but not least the so-called Mittelgrund was surveyed with an AUV. Mittelgrund is an underwater hill in the middle of the bay with different geological layers.

The survey of the Mittelgrund flanks was conducted in collaboration with the AUV Team “Tom Kyle” of the University for Applied Sciences (Fachhochschule, FH) Kiel. Students of the FH Kiel have developed the AUV especially for shallow water surveys and the “Tom Kyle” team has been awarded during the Student Autonomous Underwater Challenge-Europe (SAUC-E) 2014. “We are happy to say that for the first time we obtained data about the geological structure and various benthic habitats of the Mittelgrund using the AUV sonar-video and camera flying at 2 meters above seafloor”, adds Marcel Rothenbeck, engineer in the GEOMAR AUV team, who supported the student-team “Tom Kyle” during the development of their device. 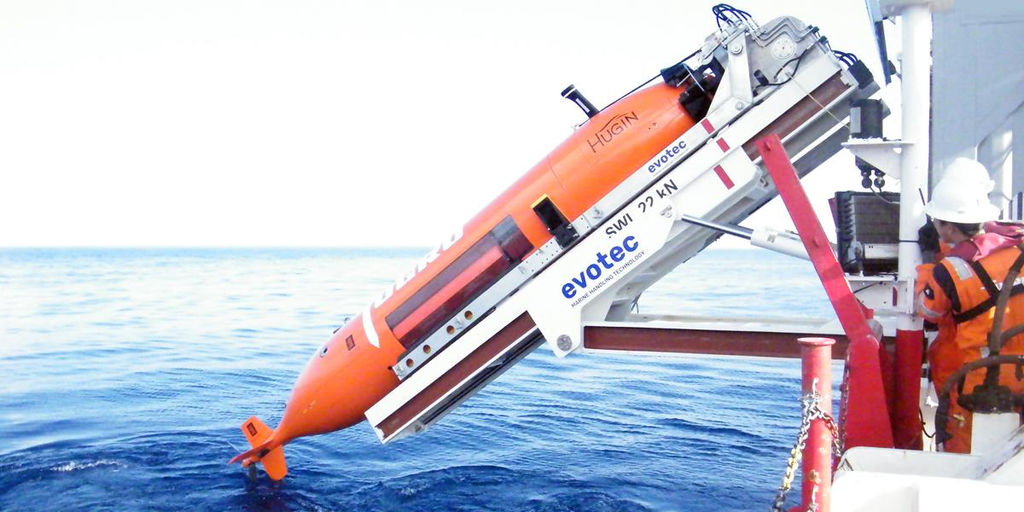