Two volunteer crewmembers from a ship operated by the conservationist group Sea Shepherd, Sam Simon, have been arrested in the Faroe Islands by Faroese police.

The duo, identified as Susan Larsen of the United States, driver of the small boat named Farley, and Tom Strerath of Germany, navigator of the boat, were arrested at approximately 0900 local time on Monday morning, July 20th, the conservation society said.

As informed, the police boarded the small boat and arrested the two volunteers, and have since taken them to Klaksvík police station.

The incident occurred following what is believed to have been an attempted whaling, known as grindadráp in the Faroe Islands, just north of Klaksvík in the northeast of the island archipelago.

Shortly before the incident, the Sam Simon and the Farley were investigating a flotilla of approximately 15 local boats that was on the move, heading north past Klaksvík. The Danish Navy vessel, HDMS Triton was also in the region.

“Though no pilot whales could be seen in the area by Sea Shepherd, the activity is generally indicative of a pilot whale drive hunt,” Sea Shepherd said.

Sea Shepherd Land Team Leader, Rosie Kunneke, obtained a confirmation from the local police that the pair had been arrested, because the Sea Shepherd crew was “inside the grind area.”

Reports in local media indicate that local whale hunters had spotted and were attempting to drive a pod of pilot whales. However, it is believed that the pod escaped and a grindadráp did not eventuate, Sea Shephard said.

“Given there is no grindadráp it appears as though our crewmembers have been arrested for absolutely no reason. Police are remaining tight-lipped at the moment, but with no obvious reason for their arrest, we are hopeful that the pair will be released shortly,” said Kunneke. 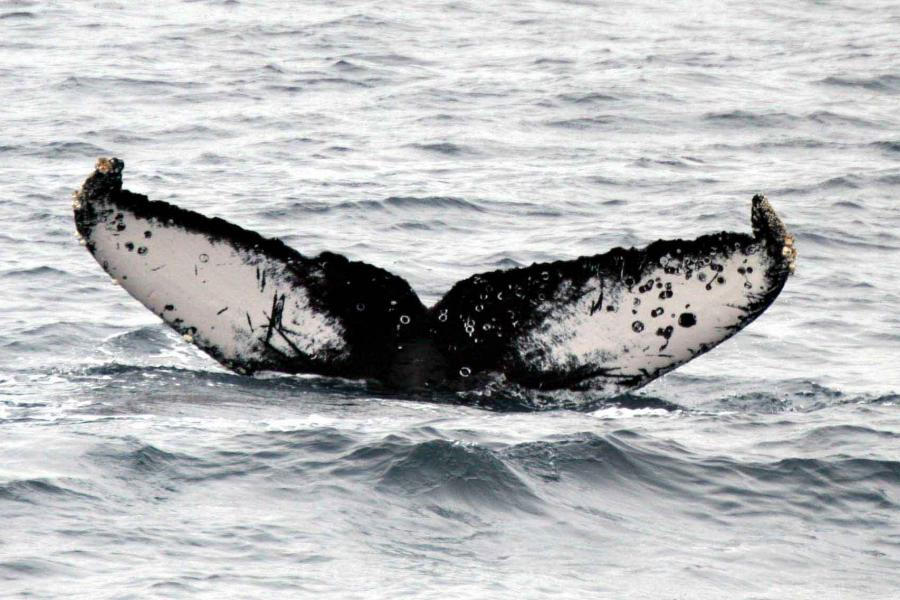