Sonadrill, Seadrill’s 50:50 joint venture with an affiliate of Sonangol, has secured a nine-well contract with six options, each for one well, in Angola for the newbuild Libongos drillship.

Seadrill said on Wednesday that the estimated total contract value is $101 million. It is expected to start in late 3Q 2019 and run to early 2021.

The Libongos is the first of two Sonangol-owned drillships to be bareboat chartered into Sonadrill along with two Seadrill-owned or managed units.

Seadrill entered into the joint venture with Sonangol in February 2019. It was agreed for Seadrill to  operate four drillships on behalf of Sonadrill, focusing on opportunities in Angolan waters.

It was also agreed that each of the JV parties would bareboat two drillships into Sonadrill.

The Seadrill drillships are from its existing owned or managed fleet. The Sonangol drillships, Libongos and Quenguela, both 7th generation high-spec ultra-deepwater drillships, were built at a DSME shipyard in Korea and delivered in the first half of 2019. 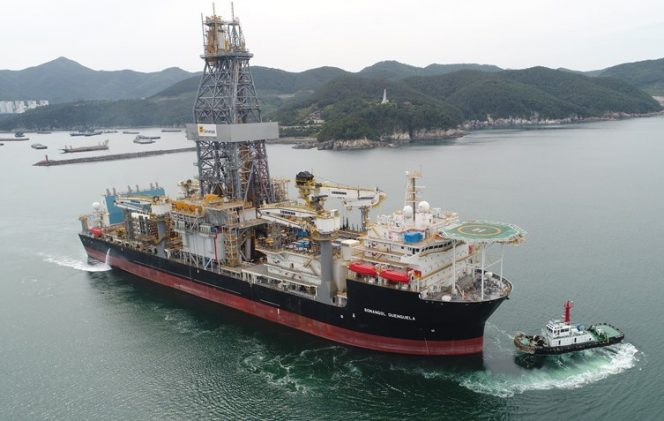