After months of careful planning and detailed engineering, the Seafox 5 installed the first offshore wind monopole on February 28th. These monopiles serve as the foundations of the DanTysk Offshore Wind Park.

The main contractor for the foundations of this windfarm is Aarsleff Billfinger Berger Joint Venture (ABJV) that, with use of the Seafox 5, will install 80 of these monopiles and transition pieces. The windfarm is owned by Vattenfall and Stadtwerke München as ultimate Client.

The Seafox 5, is a unique vessel designed and built in a Joint Venture by two strong renowned partners in the offshore industry: Keppel Offshore & Marine and Seafox Group. The Seafox 5, under operations by Workfox, is self-propelled and has a next generation jacking system allowing repositioning at higher frequency.

Upon completion of due tests in December 2012, the first batch of monopiles and transition pieces were loaded in Vlissingen, The Netherlands. For the offshore handling of these 700t, 6,5m diameter piles, a 1200MT crane is used, supported by a hydraulic upending system. Accurate positioning and alignment is ensured through the gripper system outward the vessel side and the robust DP-2 system on Seafox 5.

In addition to the start of the DanTysk Offshore Wind Project with Seafox 5, Seafox materialised a contract to support hook up and commissioning work for a HVDC platform in the German Bight with Seafox 7 starting in Q4 2013.

Bringing in over 20 years of experience, skills and safe operations from the Oil & Gas Seafox Group, is expanding its capacity, fleet and resources to the Wind Industry. 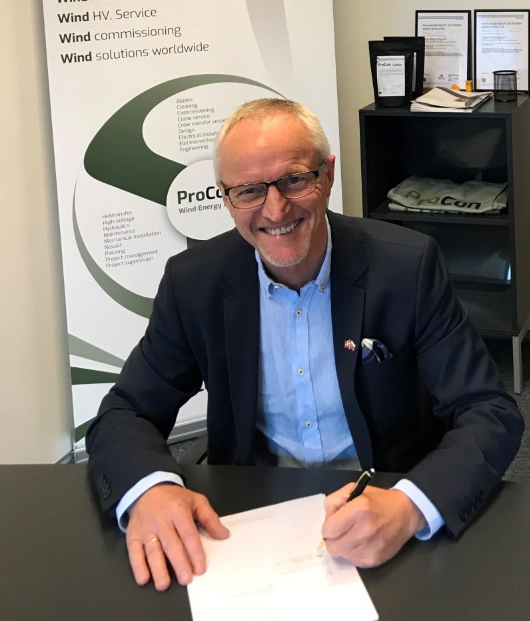