Serica Energy plc, an international exploration and production company based in the UK, announced that the transaction to purchase an 18% interest in the producing North Sea Erskine Field from BP has been completed on June 4, 2015.

As a result Serica has acquired an 18% interest in UK blocks 23/26a (Area B) and 23/26b (Area B) containing the Erskine Field, located in the UK Central North Sea, from BP Exploration Operating Company Limited and Britoil Limited both wholly owned subsidiaries of BP plc.

The company says that 13.5 million of its shares have been issued to BP who will now hold approximately 5% of Serica’s enlarged issued share capital. BP has agreed to hold the shares as an investment for a period of not less than one year.

“The acquisition of an interest in the producing Erskine field from BP is an important step for Serica. In addition to improving our immediate cash resources and bringing cash flow to the Company, the purchase of an interest in Erskine brings us production from a field where there is significant room for improved productivity.”

Walker added: “The Erskine field has shown that it is capable of producing up to 4,000 boepd net to Serica but, in 2014, only averaged around 1,100 boepd as the result of poor infrastructure performance downstream (excluding the period of planned shutdown). Considerable work has been undertaken over the past eight months to radically overhaul facilities involving a substantial investment and a field shut-down. It is expected that this will enhance efficiencies considerably and it is the intention of all field participants to continue to seek ways of improving production performance. If we are successful in this endeavour it will bring significant benefits for Serica shareholders.

“The transaction is also enhanced significantly as a result of our tax position. At the year end this amounted to approximately $186 million of unused Ring Fence Corporation Tax losses from past UK investment made by Serica. This is a valuable asset which can be used to offset tax liabilities, not only from Erskine but also from other UK producing fields whether acquired or, in the instance of Columbus, developed by the Company.”

The Erskine Field is a producing gas and gas condensate field operated by Chevron and is estimated by Serica Energy to have remaining reserves net to the interest acquired of approximately 3.3 mmboe as at completion. The partners in the field are now Chevron (operator with a 50% interest), BG (32% interest) and Serica (18% interest).

Fluids from the field are transported from the Erskine platform (a normally unmanned wellhead platform) to the BG operated Lomond platform where they are processed. Erskine gas is delivered from Lomond via the CATS pipeline system to the terminal at Teeside with up to 60% of the gas purchased by SSE on fixed formula contract prices and the balance sold to BP at market price. The condensate separated at the Lomond platform is delivered via the Forties pipeline to Cruden Bay and sold to BP at spot prices.  The field was closed in September 2014 for extensive maintenance and enhancement work on the Lomond field and recommenced production in late May 2015.

According to the company, the transaction represents a material addition to its interests in the Central area of the North Sea and provides production and cash flow to the business and tax efficiencies as well as strong synergies with Serica’s existing operations. Serica’s strategy regarding its existing assets is unchanged with ongoing exploration to be funded out of existing cash and cash flows from the Erskine field.

“Serica believes that the Erskine field is capable of significantly improved production performance now that extensive work on the Lomond platform to increase processing efficiencies has been completed,” the company explained in the statement.

Furthermore, the transaction brings an asset which has strong synergies with Columbus, being a gas and gas condensate stream which uses the Lomond platform as export facility. It strengthens Serica’s position and augments Serica’s economics as the company negotiates an export option for Columbus production which lies eight kilometres from the Lomond platform, the company said. 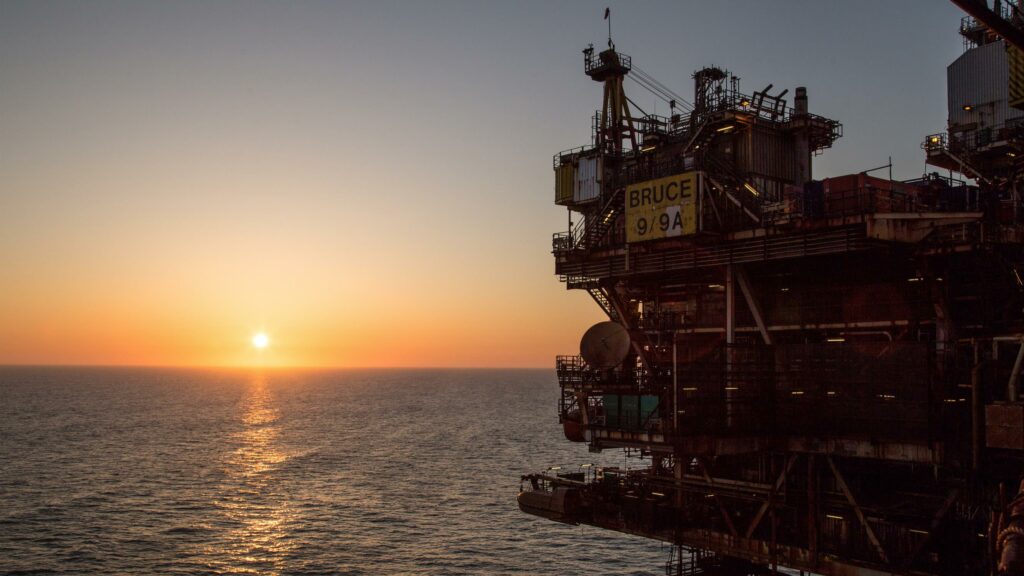