Sete Brasil was formed in 2011 to own and operate drilling rigs to be used by Petrobras for drilling offshore Brazil. The company was subsequently linked to the largest corruption scandal in Brazil, the Lava Jato, which blocked it from obtaining the previously approved bank loans that were meant to be used for rig payments.

In addition, Petrobras refused to commit to the whole rig contract package. All this has lead to Sete failing to pay installments for more than $10 billion dollars worth of drilling rigs it had ordered from Sembcorp and its compatriot Keppel. In April 2016, Sete Brazil was forced to file for bankruptcy protection due to Petrobras’ hesitation to sign the long-term contracts.

Keppel Offshore & Marine said on Monday that its subsidiaries, Fernvale and FELS Offshore, had entered into a settlement agreement with subsidiaries of Sete Brasil including Urca, Frade, Bracuhy, Portogalo, Mangaratiba and Botinas, in relation to the engineering, procurement and construction contracts for the construction of six semi-submersible drilling rigs for these six Sete Brasil subsidiaries.

As part of the settlement agreement, Fernvale will take over ownership of the uncompleted rigs which arose from the performance of the EPC Contracts with Bracuhy, Portogalo, Mangaratiba and Botinas. The EPC Contracts and related agreements entered into with these four subsidiaries will be deemed to be amicably terminated, with no penalties, refunds and/or any additional amounts being due to any party, and the parties will waive all rights to any claims.

The works done under the EPC Contracts with Bracuhy and Portogalo are about 40% and 21% completed respectively, while those for Mangaratiba and Botinas are below 10%.

When the settlement agreement comes into effect, Fernvale will have full ownership over the four uncompleted rigs, and will be able to explore various options to extract the best value from these assets.

As for the rigs under construction for Urca and Frade, a total sum of close to $260m will be recognized as part of the undisputed debt included in Sete Brasil’s court-approved Judicial Reorganization Plan. The outstanding amount will be paid to Fernvale proportionally and pari passu with the other creditors of the Sete Group as part of, and out of the proceeds of, its Judicial Reorganization Plan.

At a meeting of Sete Brasil’s creditors that was held on October 3, 2019, in Brazil by Sete Brasil and its Austrian subsidiaries, the settlement agreement, as well as the winning bid proposal for Magni Partners to purchase four Sete Brasil subsidiaries, including Urca and Frade, was approved by the creditors. The settlement agreement will only become effective upon the fulfillment of other conditions precedent, including the successful sale of Urca and Frade by Sete Brasil to Magni Partners.

Separately, Fernvale is in discussions with Magni Partners on the terms to complete the construction of the drilling rigs contracted with Urca and Frade, which are about 92% and 70% completed respectively.

When the settlement agreement becomes effective, Keppel O&M would be able to resolve a long outstanding issue related to the six rigs.

Following the filing by Sete Brasil for a judicial restructuring in Brazil, Sembcorp Marine announced on April 22, 2016, that it had started arbitration proceedings against various subsidiaries of Sete Brasil for claims under the contracts.

Sete Brasil has identified a buyer for the companies of Sete Brasil, which own the two drillships. The buyer is expected to negotiate with Sembcorp Marine to enter into new contracts to complete the drillships.

Following the settlement, the parties will terminate the arbitration. 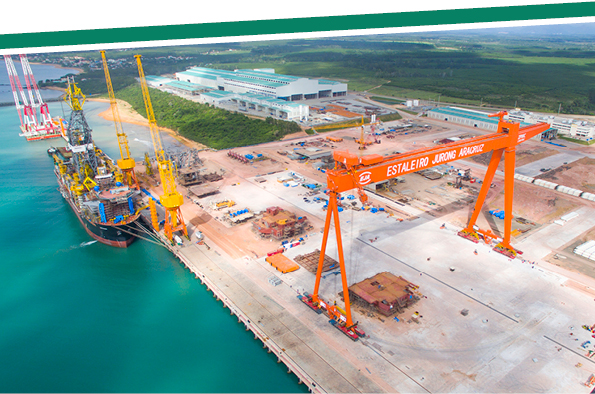