The U.S. Coast Guard and Shell continue joint efforts to respond to an oil leak that occurred in the U.S. Gulf of Mexico offshore Louisiana, at Shell’s Glider field on Thursday morning.

According to a statement by the Coast Guard, on water, recovery vessels are searching for oil that can be recovered through skimming.

Five on-water recovery vessels have been mobilized and have recovered more than 51,000 gallons of oily-water mixture, the Coast Guard said in a statement on Monday.

An estimated 88,200 gallons (2.100 barrels) of crude oil was discharged from a flowline in the Green Canyon 249 block in the U.S. Gulf. Shell has shut-in production at the Glider Field. The Louisiana Oil Spill Coordinators Office and the Louisiana Governor’s Office of Homeland Security have been notified and remain engaged.

The Coast Guard and Shell have mobilized more than 130 personnel for unified response efforts.

Shell contracted air resources have been mobilized to provide aerial assessment of the affected area. The reported trajectory is in a westerly direction with no expected shoreline.

“The Coast Guard and Shell jointly agreed that using on-water recovery vessels and skimming is the safest and most effective oil recovery option at this time,” the Coast Guard said.

According to an update by Shell, an ROV confirmed the flow line as the source of the release, and that segment of the line has been isolated.

Investigators with the U.S. Bureau of Safety and Environmental Enforcement are on site and leading an investigation into the cause of the release.

Furthermore, BSEE on Friday said its staff would carefully review all repair plans prepared by Shell.

“BSEE is committed to ensuring environmentally responsible oil and gas operations on the Outer Continental Shelf,” said BSEE Director Brian Salerno. “BSEE’s full investigative resources have been deployed to identify the cause and assess any potential improvements needed to subsea infrastructure technology.”

Shell on Sunday said it obtained approval from the U.S. Bureau of Safety and Environmental Enforcement (BSEE) to begin repairs at Glider. Production from the nearby Brutus field has resumed. Glider and other subsea tieback fields remain shut-in. Skimming of the sheen continued overnight using infrared technology with support from aerial resources. Joint efforts have recovered approximately 1,229 barrels (or about 51,000 gallons) of oily-water mixture, Shell said. 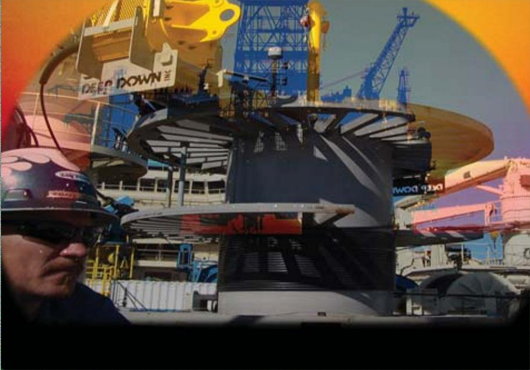