Advertisement
Back to overview
Home Fossil Energy Shell to invest up to $1B in new energies, but energy transition won’t happen overnight

Shell to invest up to $1B in new energies, but energy transition won’t happen overnight

Oil and gas major Shell will invest up to $1 billion a year in new energies, according to CEO Ben van Beurden. This fits into Shell’s strategy to lower emissions.

“Energy transition will take decades though,” said Van Beurden “and it will be different from country to country.”

“Shell wants to play a role in the energy transition of each of the countries it is active in,” said Van Beurden.

“In my home country The Netherlands, Shell and its partners won the tender for a large wind park off the shore of a town called Borssele.”

The biggest challenge to energy transition, according to Van Beurden, is not that adapting to a new energy system is going to take decades. It’s that “societal acceptance of the energy system is disappearing.”

“The most difficult challenge to me is to have a meaningful discussion with the public on energy transition. The discussion is not rational, it is emotional. That can be complicated and at times frustrating. You want to be a force for good but that’s sometimes hard to show.”

Speaking on the fourth day at CERAWeek by IHS Markit – so not on day two or three which are traditionally seen as “oil day” and “gas day” respectively – Van Beurden addressed Shell’s strategy in support of the company’s decarbonisation goals.

To lower emissions, Shell first aims to grow its own offer of low carbon energy sources.

“The largest contribution a company like Shell can make at this moment, is to continue to grow the role of natural gas.”

“Growing the role of gas was one of our reasons for acquiring BG, a company with a strong gas portfolio. Today, gas accounts for around half of Shell’s production,” the Shell CEO said.

In addition Shell aims to grow investments in its newly established “New energy business” to up to $1 billion a year by the end of the decade. Other ways Shell is reducing emissions is by tackling its own carbon intensity.

Shell’s new strategy since the integration of BG is built around three types of activities: Cash engines, growth priorities and future opportunities.

The cash engines, which include conventional oil and gas and integrated gas, generate a strong free cash flow. This where the money comes from “to invest in the future.”

Growth priorities include deepwater. Shales and new energies fall under the header of future opportunities.

“We’re getting good at shale,” Van Beurden said. “It is a business that fits us and we can perhaps bring it into equal rating as deepwater.”

Shell has been active in renewables such as wind, solar, biofuels and hydro for a long time. “What we have learned, since the 70s,” said Van Beurden, “is that you can be too early.”

According to Van Beurden you have to get the time right to get the business models and reward models right. “You have to find ways that fit your company and your competencies.” 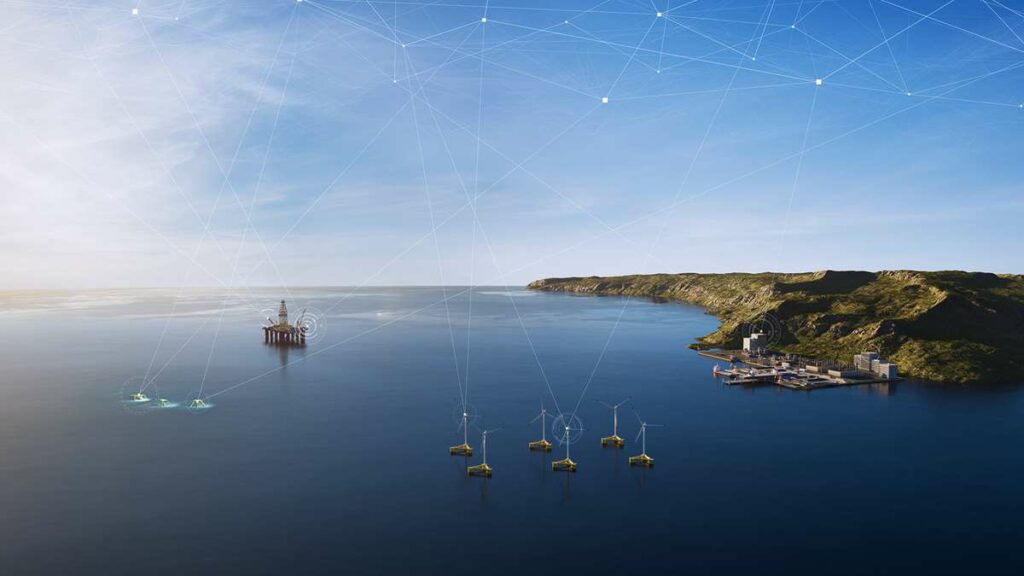